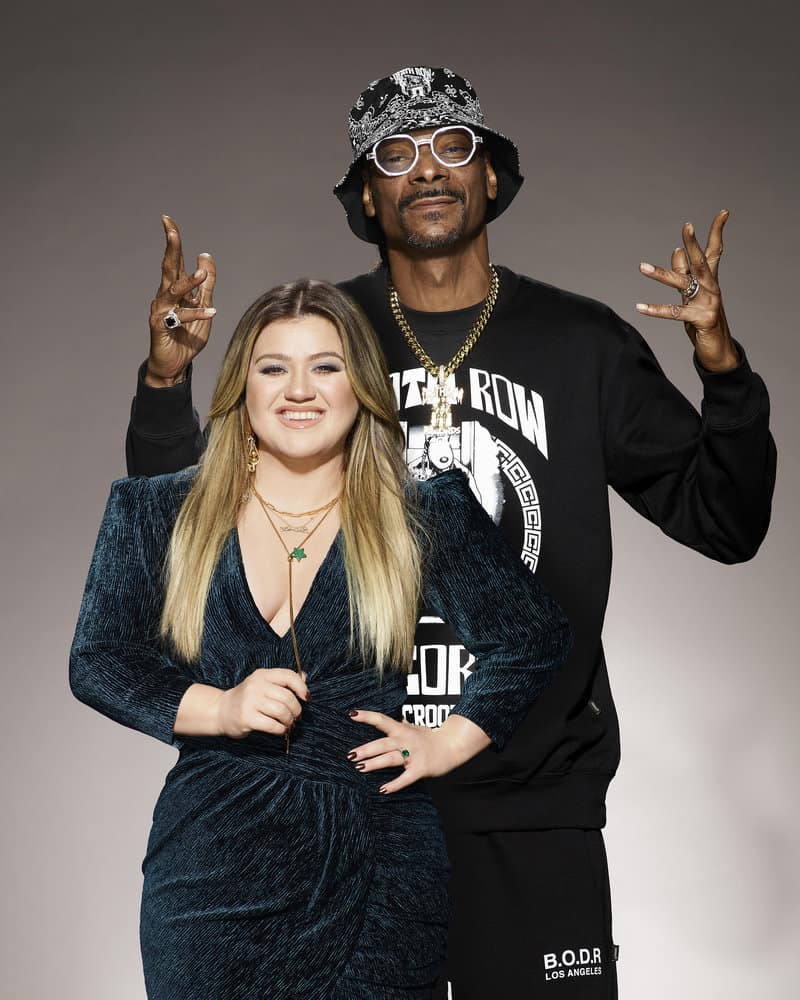 The all-live series will premiere on Monday, March 21 from 8-10 p.m. ET/PT from the NBCUniversal lot.

The series will run for eight weeks on Monday nights with the Grand Final scheduled for May 9.

Snoop Dogg said, “I am honored to host ‘American Song Contest’ alongside my lil sis Kelly Clarkson, aka Miss Texas.”

Clarkson added, “I have been a fan and love the concept of Eurovision and am thrilled to bring the musical phenomenon to America. I’m so excited to work with Snoop and can’t wait to see every state and territory represented by artists singing their own songs.”

America’s biggest televised live entertainment event has arrived! Based on the worldwide phenomenon “Eurovision Song Contest,” organized for 65 years by the European Broadcasting Union and watched by 200 million viewers annually, this amazing musical spectacular combines the competitive spirit of rooting for your favorite sports team with the joy of watching a live performance of an original song.

“American Song Contest” will feature live new music performances – representing all 50 states, five U.S. territories and our nation’s capital – competing to win the country’s vote for the best hit song. An incredible solo artist, duo or a band will represent each location and perform a new original song, celebrating the depth and variety of different styles and genres across America. The live competition consists of three rounds as the artists compete in a series of Qualifying Rounds, followed by the Semi-Finals and the ultimate Grand Final where one state or territory will emerge victorious.

The 56 artists will be named on a later date.