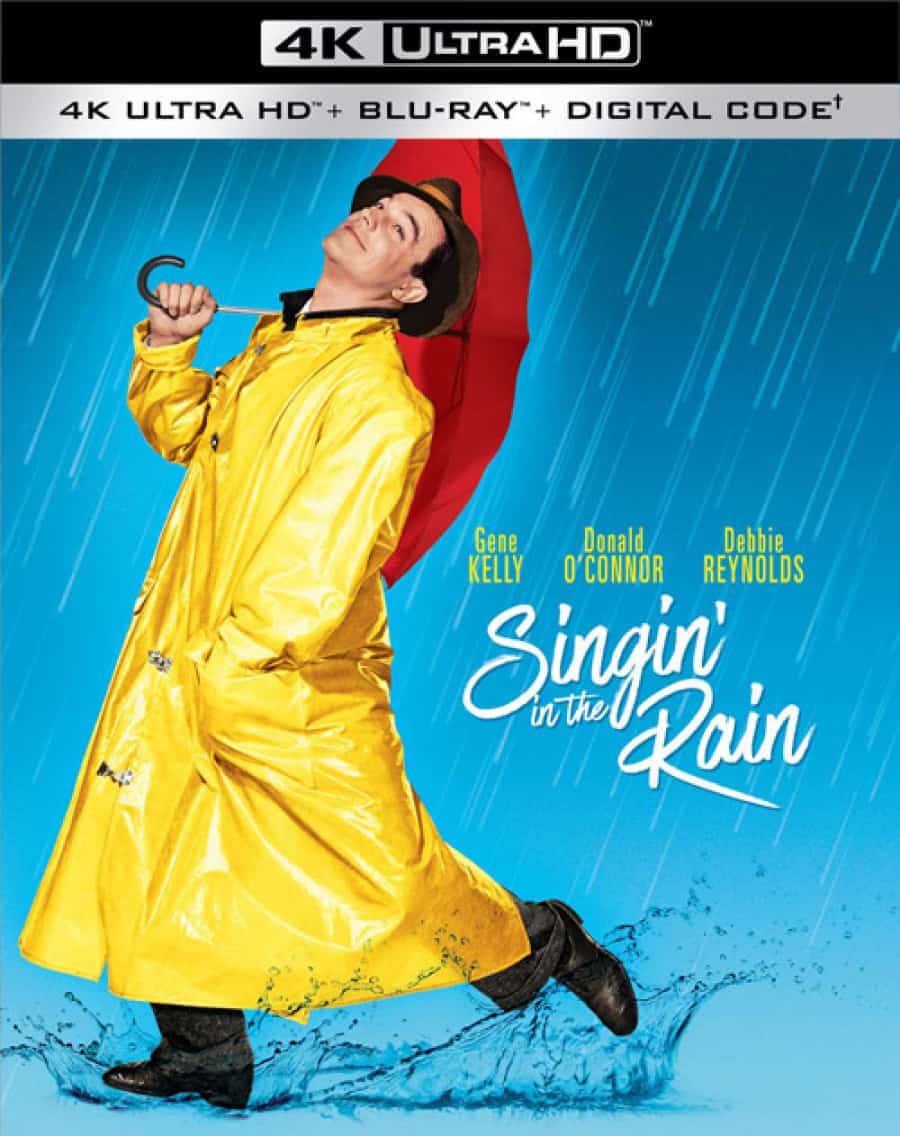 To celebrate the 70th anniversary of the 1952 acclaimed and beloved film, Warner Bros. Home Entertainment announced today that Singin’ In The Rain will be released on Ultra HD Blu-ray Combo Pack and Digital on April 26.

Singin’ In The Rain is widely considered to be one of the greatest musical films in cinematic history. The musical romantic comedy was directed by choreographed by Gene Kelly (On the Town) and Stanley Donen (On the Town) and stars Kelly, Donald O’Connor, Debbie Reynolds, Jean Hagen, Millard Mitchel and Cyd Charisse.

The film was written by Adolph Green and Betty Comden and produced by Arthur Freed. The music is by Nacio Herb Brown and the lyrics are by Arthur Freed.  O’Connor won the Golden Globe Award for Best Actor – Motion Picture Musical or Comedy, and Betty Comden and Adolph Green won the Writers Guild of America Award for their screenplay, while Jean Hagen was nominated for the Academy Award for Best Supporting Actress.

In addition, the remastered film will screen at the TCM Film Festival on April 24**. For more information, please visit https://filmfestival.tcm.com.

TCM Big Screen Classics will also present the 70th anniversary of Singin’ In The Rain in theaters this April in the US. Tickets are on sale now, go to www.FathomEvents.com for more details.

·   Singin’ in the Rain: Raining on a New Generation Documentary

On April 26, Singing In The Rain 4K UHD will be available to own for streaming and download to watch anywhere in high definition and standard definition on favorite devices from select digital retailers including GooglePlay, Vudu, Xbox and others, and will be made available digitally on Video On Demand services from cable and satellite providers, and on select gaming consoles.