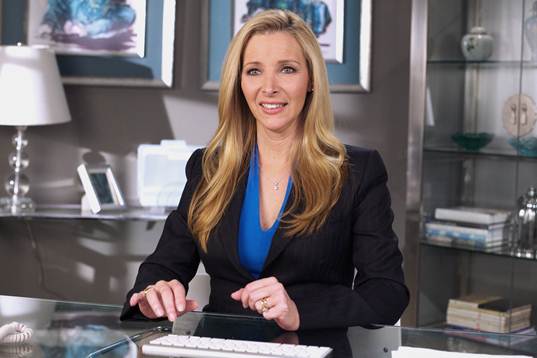 SHOWTIME has ordered a third season of WEB THERAPY, the web-to-television comedy series starring Emmy® Award winner Lisa Kudrow. Season three will include ten, half-hour episodes and air on the network in 2013.

“We’re shooting webisodes right now, and it’s just so much fun to do,” says Kudrow. “These actors we get to play with are so inventive and nimble and FUNNY. We’re beyond thrilled to get a third season on SHOWTIME because it’s such a good fit.”

Some of the biggest names in film and television including current SHOWTIME star and Golden Globe® Award winner Matt LeBlanc (Episodes); Meg Ryan (You’ve Got Mail); and Jesse Tyler Ferguson (Modern Family) will be featured as guest stars – along with more celebrities to be announced soon. Kudrow will continue in her role as the delusional and narcissistic online therapist “Fiona Wallice,” who treats patients in three-minute sessions via webcam.

WEB THERAPY is created by Kudrow, Don Roos & Dan Bucatinsky for Is or Isn’t Entertainment. Bucatinsky will also return in his role as “Jerome,” Fiona’s meek, but ambitious, assistant. Roos continues to serve as director.