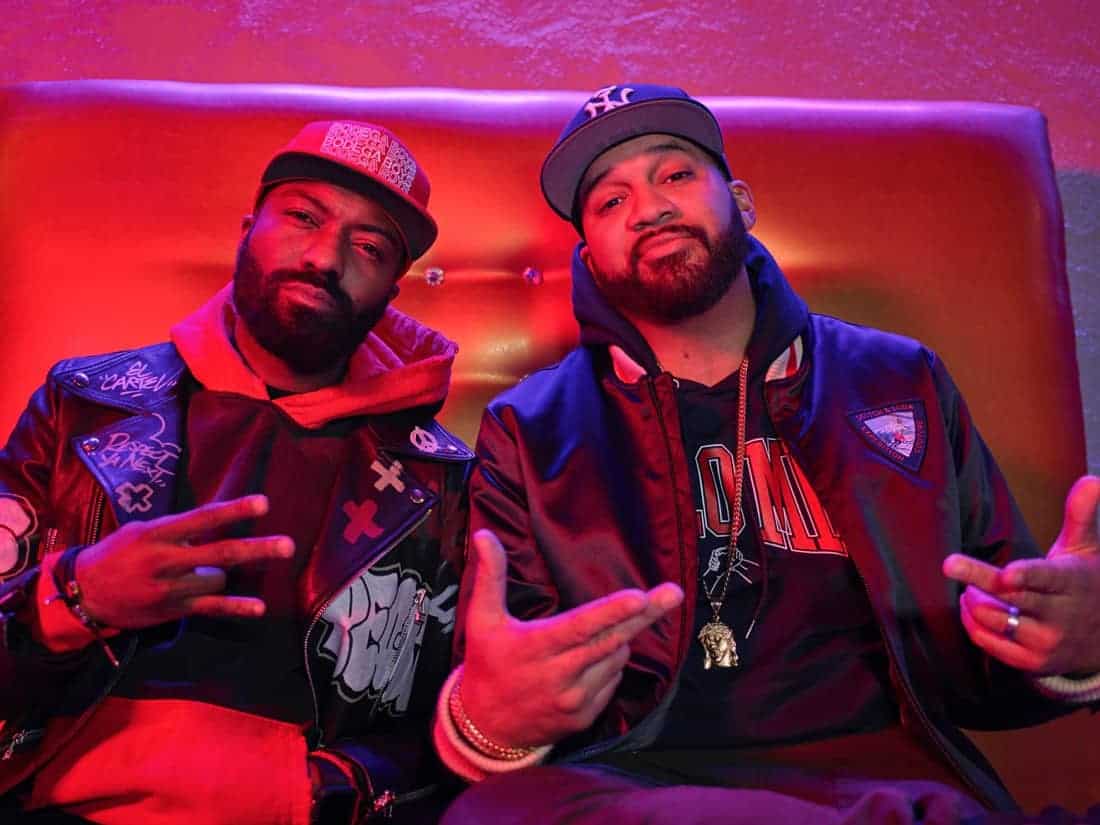 SHOWTIME has picked up a second season of DESUS & MERO, the network’s first-ever late-night talk show. DESUS & MERO will return for season two on Monday, February 3 and will air all-new episodes every Monday and Thursday at 11 p.m. ET/PT. DESUS & MERO features the duo chatting with guests at the intersection of pop culture, sports, music, politics and more, as well as giving their take on the day’s hot topics in their signature style in front of a small live studio audience from New York City. The season one finale will air tonight at 11 p.m. ET/PT. The announcement was made today by Gary Levine and Jana Winograde, Presidents of Entertainment, Showtime Networks Inc.

“Desus and Mero have been a fantastic addition to the SHOWTIME family,” said Winograde. “With their hilarious commentary on current events, spirited conversations with major political figures and celebrities, and unique tours of their much-beloved New York City, Desus and Mero bring an entirely new perspective on late night programming and we can’t wait to see where they shine that light in 2020.”

Longtime acquaintances Desus Nice (Daniel Baker) and The Kid Mero (Joel Martinez) reconnected online in the early days of Twitter, where they unleashed their potent personalities and found themselves kindred spirits. That led to stints on Complex and MTV, the Bodega Boys podcast, and a daily late-night show on Viceland, developing a feverish following. The quick-witted duo brings a distinct voice to late night, delivering smart and comedic commentary on any and all topics, that keeps audiences buzzing. Desus and Mero continue to host their Bodega Boys podcast. Produced for SHOWTIME by JAX Media, DESUS & MERO is executive produced by Desus Nice, The Kid Mero, Lilly Burns, Tony Hernandez and Victor Lopez. For more information about DESUS & MERO, visit SHO.com, follow on Twitter, Instagram and Facebook, and join the conversation using #DESUSandMERO.