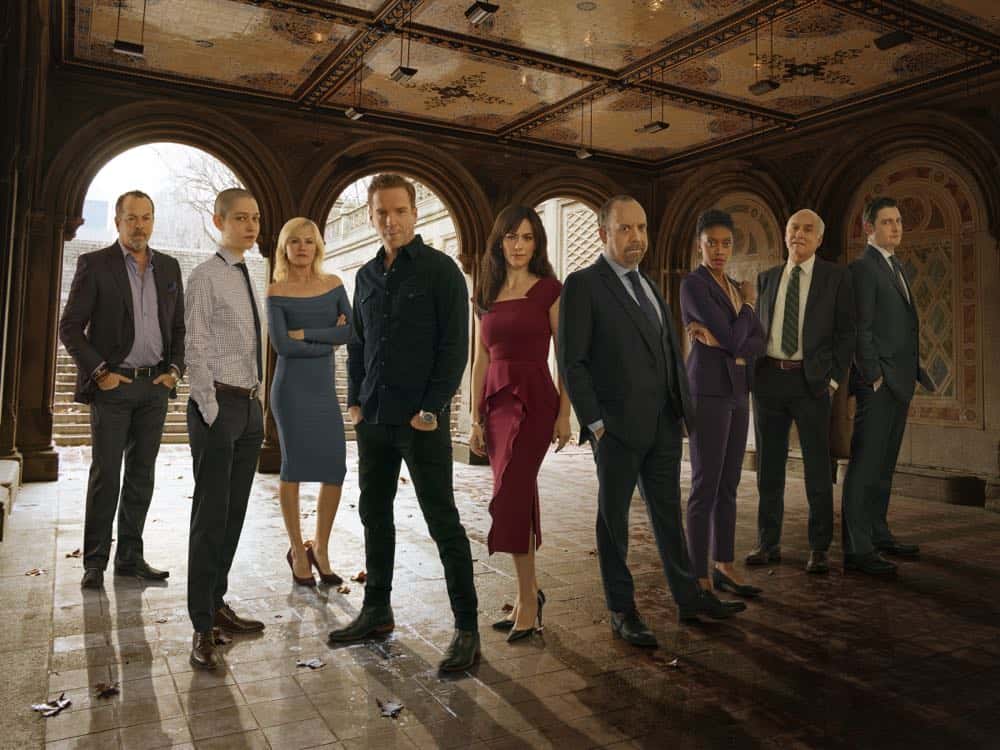 SHOWTIME has picked up a fourth season of its hit drama series BILLIONS. Starring Oscar® nominee and Emmy® and Golden Globe® winner Paul Giamatti and Emmy and Golden Globe winner Damian Lewis, the third season of BILLIONS currently airs Sundays at 10 p.m. ET/PT, and will move to 9 p.m. ET/PT starting next Sunday, May 6 to anchor the night and serve as the lead-in for the season two premiere of I’M DYING UP HERE. The season three premiere of BILLIONS was its highest-rated ever, up 23 percent from last year. BILLIONS ranks as the network’s No. 2 drama series behind HOMELAND. The announcement was made today by Gary Levine, President of Programming, Showtime Networks Inc.

“BILLIONS continues to build its audience as it explores the heights of power and wealth even as it plumbs the depths of the human psyche,” said Levine. “Brian and David are gifted, propulsive storytellers and we can’t wait to see where they and their extraordinary cast will take us in season four.”

Season three of BILLIONS finds Chuck Rhoades (Giamatti) and Bobby Axelrod (Lewis) in a world that has shifted on its axis. Both men are still determined to destroy the other, but must also battle for their own survival amid new forces and powerful enemies. Wendy Rhoades (Maggie Siff), Chuck’s wife and Axe’s performance coach, is all in for both of them, an uneasy and dangerous position for her, and one that ultimately puts her to a decision that could alter the direction of her life irrevocably. Money, power, justice and revenge are all on the line for each of these characters as well as those played by the rest of the stellar cast, including Malin Akerman, Toby Leonard Moore, David Costabile, Condola Rashad, Asia Kate Dillon and Jeffrey DeMunn. BILLIONS is created and executive produced by showrunners Brian Koppelman and David Levien. The series was also created by Andrew Ross Sorkin. For more information, visit SHO.com, follow on Twitter, Instagram and Facebook, and join the conversation using #Billions.