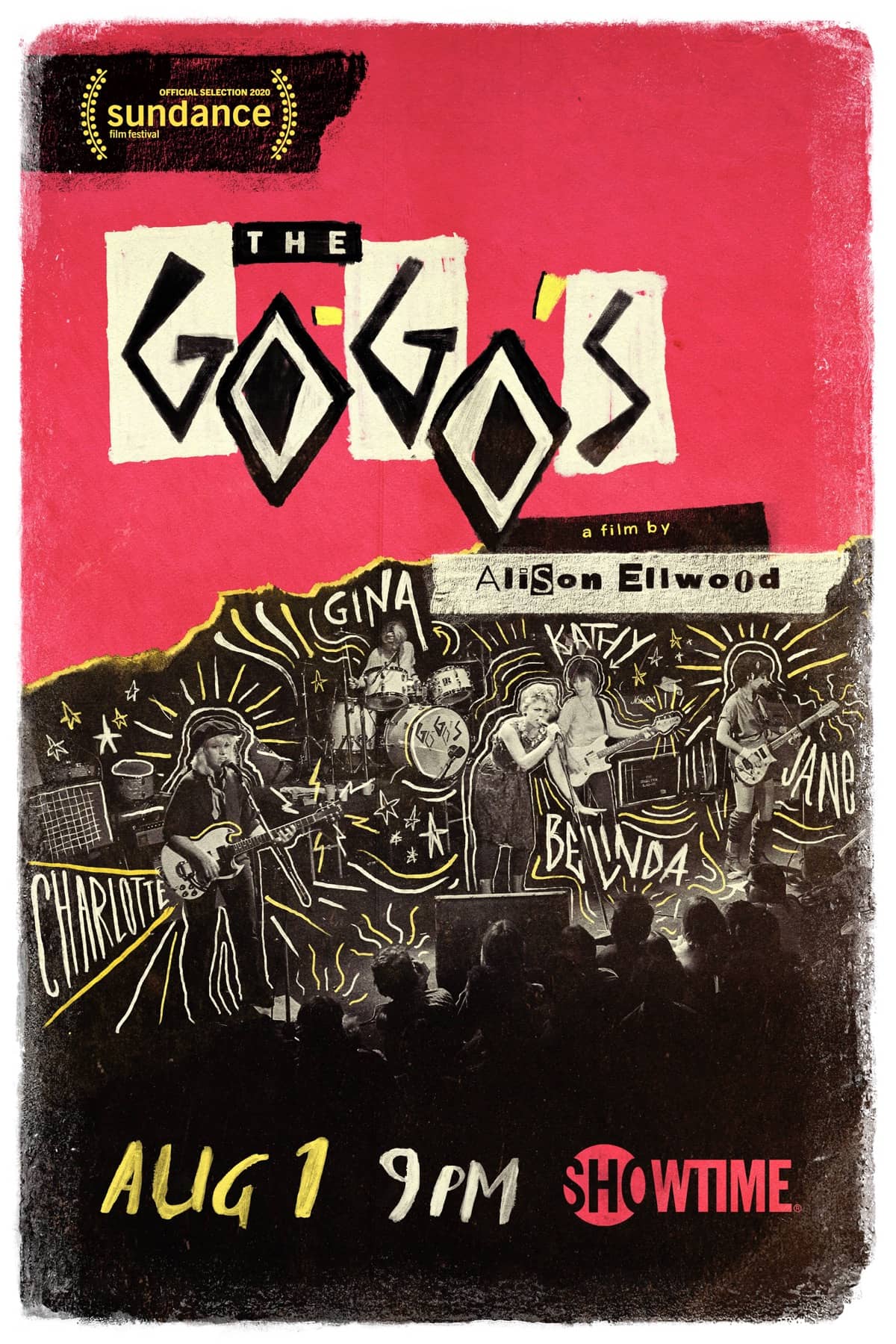 SHOWTIME has released the trailer for the upcoming feature-length documentary THE GO-GO’S, hailing from director Alison Ellwood (HISTORY OF THE EAGLES, American Jihad). An official 2020 Sundance Film Festival Selection, the film chronicles the first all-female band to play its own instruments, write its own songs and soar to No. 1 on the album charts. Featuring candid testimonies from the group members, Ellwood’s documentary charts the meteoric rise to fame of a band that not only captured but created a zeitgeist. THE GO-GO’S premieres on SHOWTIME on Saturday, August 1 at 9 p.m. ET/PT.

The Go-Go’s are rooted in music history as not just a pop phenomenon but groundbreakers as well. Born out of the L.A. punk scene, Charlotte Caffey (lead guitar, keyboards and vocals), Belinda Carlisle (lead vocals), Gina Schock (drums), Kathy Valentine (bass and vocals) and Jane Wiedlin (guitar and vocals) didn’t play the part of bad girls – they were genuine punk rockers. Their 1981 debut album Beauty and the Beat, featuring the hits “Our Lips Are Sealed” (one of Rolling Stone’s Top 100 Pop Singles) and “We Got the Beat,” was one of the most successful debut albums of all time, No. 1 on the Billboard charts for six consecutive weeks and resulted in a Grammy® nomination for Best New Artist. The Go-Go’s will release their first new recording in nearly 20 years, “Club Zero,” on July 31st on UMe. The band can be seen working on an early version of the song in the documentary.

David Blackman and Daniel Inkeles serve as executive producers of the film. THE GO-GO’S is presented and produced by Polygram, Universal Music Publishing Group, Fine Point Films and Fadoo Productions.