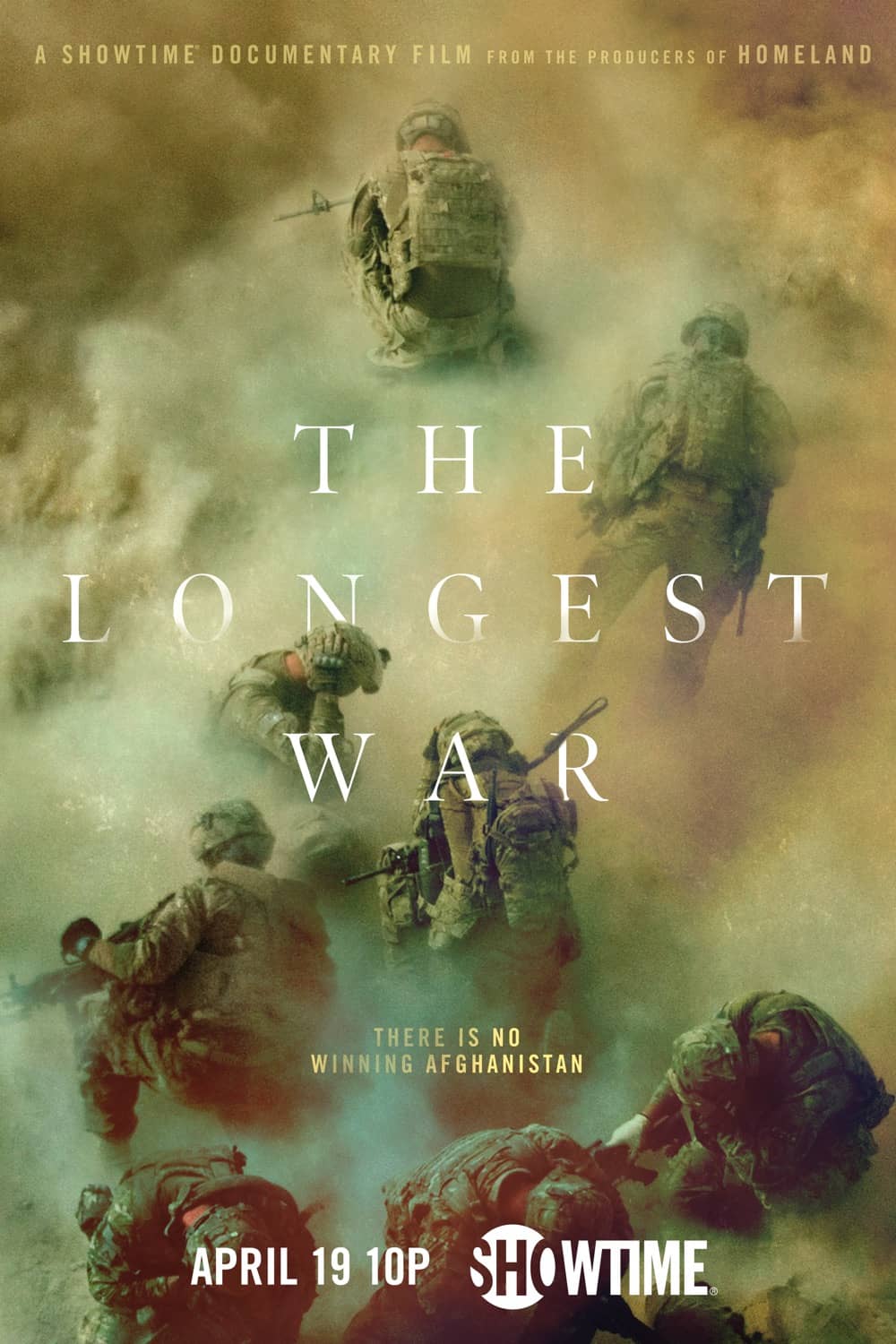 SHOWTIME has released the poster art and first-look clip for the upcoming feature-length documentary THE LONGEST WAR, which hails from Emmy®-winning director Greg Barker (Manhunt: The Inside Story of the Hunt for Bin Laden) and Alex Gansa and Howard Gordon, the executive producers of the Emmy® and Peabody-winning series HOMELAND. THE LONGEST WAR premieres on SHOWTIME on Sunday, April 19 at 10 p.m. ET/PT, immediately following the penultimate episode of HOMELAND.

As a companion piece to the final season of HOMELAND, which is set in contemporary Afghanistan where Claire Danes’ iconic CIA officer Carrie Mathison struggles to save a peace deal with the Taliban, THE LONGEST WAR will unpack the CIA’s long and morally complicated history in the country from the 1980s to the present through compelling, first-hand accounts of CIA officers and other U.S. key officials. Among the extraordinary subjects featured is former CIA targeter Lisa Maddox, a field officer in Afghanistan who joined the intelligence community after witnessing the 9/11 attack on the Pentagon and now questions the effectiveness of America’s longest war.

Gansa and Gordon serve as executive producers, along with Barker and Diane Becker. Peter Bergen and Tresha Mabile serve as producers. Join the conversation on social using #TheLongestWar.