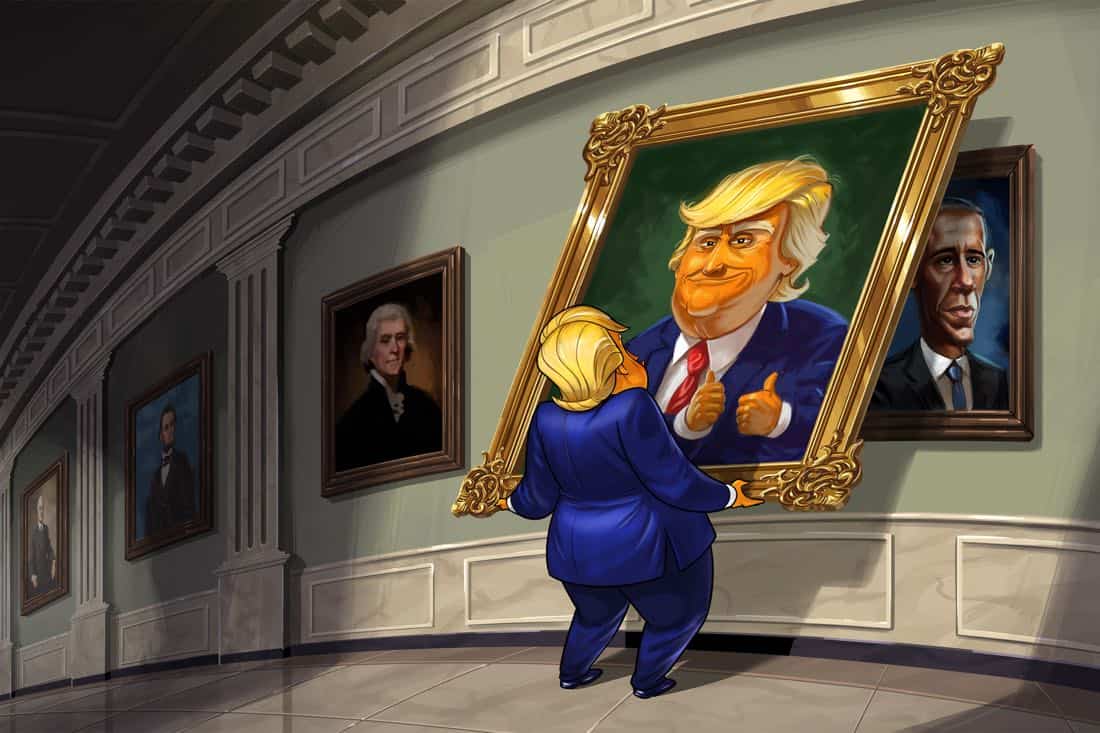 SHOWTIME released the official trailer for the new animated series OUR CARTOON PRESIDENT, executive produced by multiple Emmy® winner Stephen Colbert, Chris Licht (The Late Show with Stephen Colbert) and showrunner R.J. Fried. The half-hour parody series, debuting on Sunday, February 11 at 8 p.m. ET/PT, follows the tru-ish misadventures of the 45th President of the United States, Donald J. Trump, and his merry band of advisors and family members. SHOWTIME will give viewers an early preview of the series, making the first episode of OUR CARTOON PRESIDENT available across multiple platforms online and On Demand on Sunday, January 28.

The new 10-episode parody OUR CARTOON PRESIDENT examines the quintessentially Trumpian details of the presidency and his most important relationships, and no one is safe – from his close family and confidants to key political figures from both parties and members of the media. In this parallel cartoon universe, the Commander-in-Chief opens the White House doors for an “all access” look at a typical day in the life of the President of the United States. OUR CARTOON PRESIDENT is produced by CBS Television Studios and executive produced by Colbert, Licht and showrunner R.J. Fried. Tim Luecke will serve as lead animator and co-executive producer. Matt Lappin will serve as consulting producer. To learn more about OUR CARTOON PRESIDENT, follow @CartoonPres and join the conversation using #CartoonPresident.