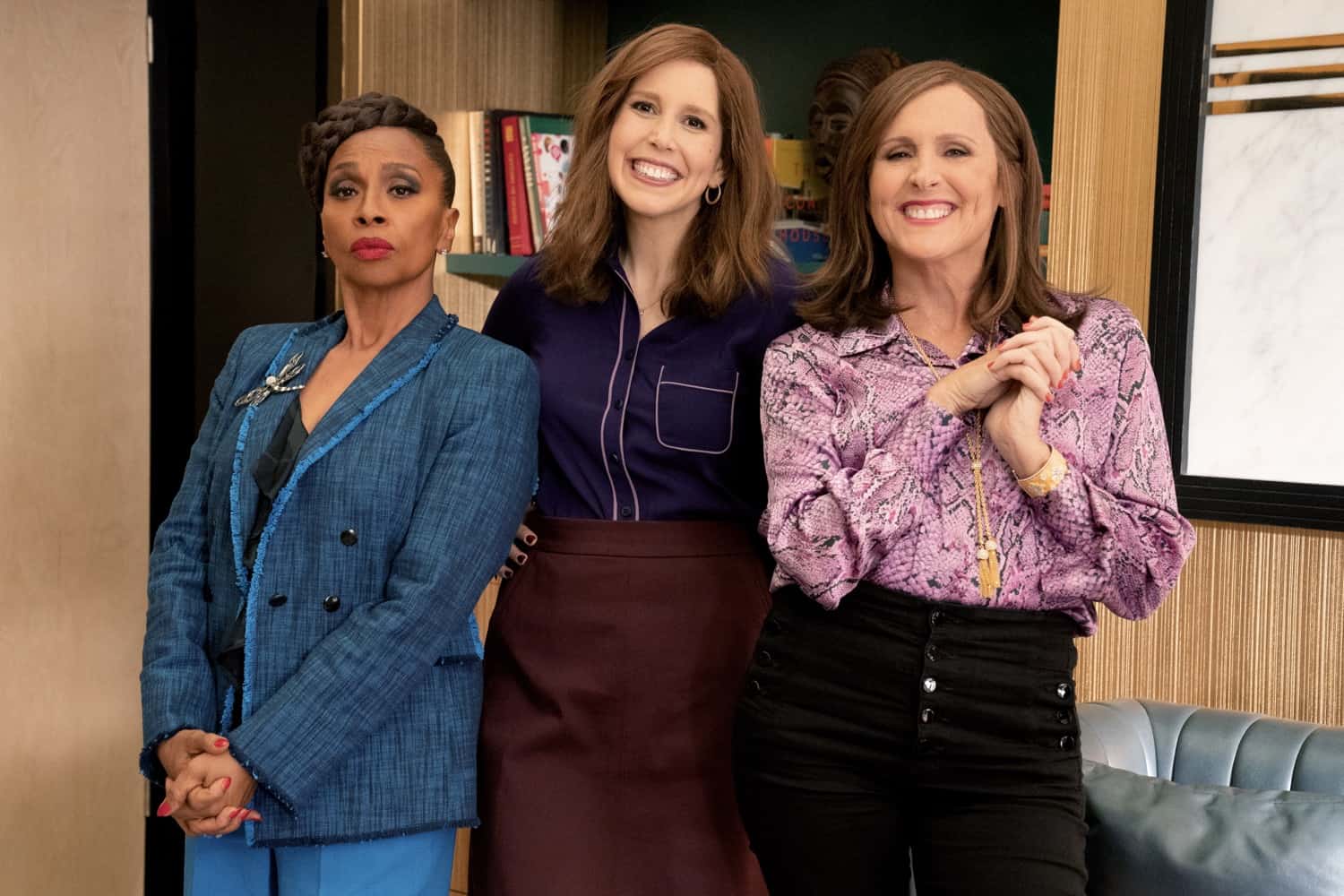 SHOWTIME has released the official trailer for I LOVE THAT FOR YOU, the half-hour comedy series starring and executive produced by Emmy® nominee Vanessa Bayer (Saturday Night Live), with fellow nominee Molly Shannon (The White Lotus) and Screen Actors Guild® Award nominee Jenifer Lewis (Black-ish) also leading the cast. The series will premiere on Friday, April 29 on streaming and on demand for all SHOWTIME subscribers, before making its on-air debut on Sunday, May 1 at 8:30 p.m. ET/PT. The eight-episode season will continue to drop a new episode every Friday via streaming and on-demand platforms before appearing on air Sunday night.

Inspired by Bayer’s own story of overcoming childhood leukemia, I LOVE THAT FOR YOU centers on Joanna Gold (Bayer) who dreams of becoming a host at a home shopping channel. Working to shed her life-long label as “that cancer girl,” she moves away from her parents, starts a budding romance for the first time in her adult life and forms a meaningful friendship with her idol Jackie (Shannon), the charismatic star of the network, all against the backdrop of a highly competitive workplace where people play dirty to succeed. Lewis plays Patricia, the icy, enigmatic founder and CEO of the popular home shopping channel. Additional series regulars include Paul James (Soundtrack) as Jordan, a charming but dry stage manager; Ayden Mayeri (Homecoming) as Beth Ann, an ambitious insecure host; Matt Rogers (Haute Dog) as Darcy, the ingratiating right-hand man to Patricia; and Emmy nominee Punam Patel (Special) as Beena, an offbeat backstage producer. Johnno Wilson (Curb Your Enthusiasm) guest stars as Perry, a beloved host on the network with a popular cooking show.