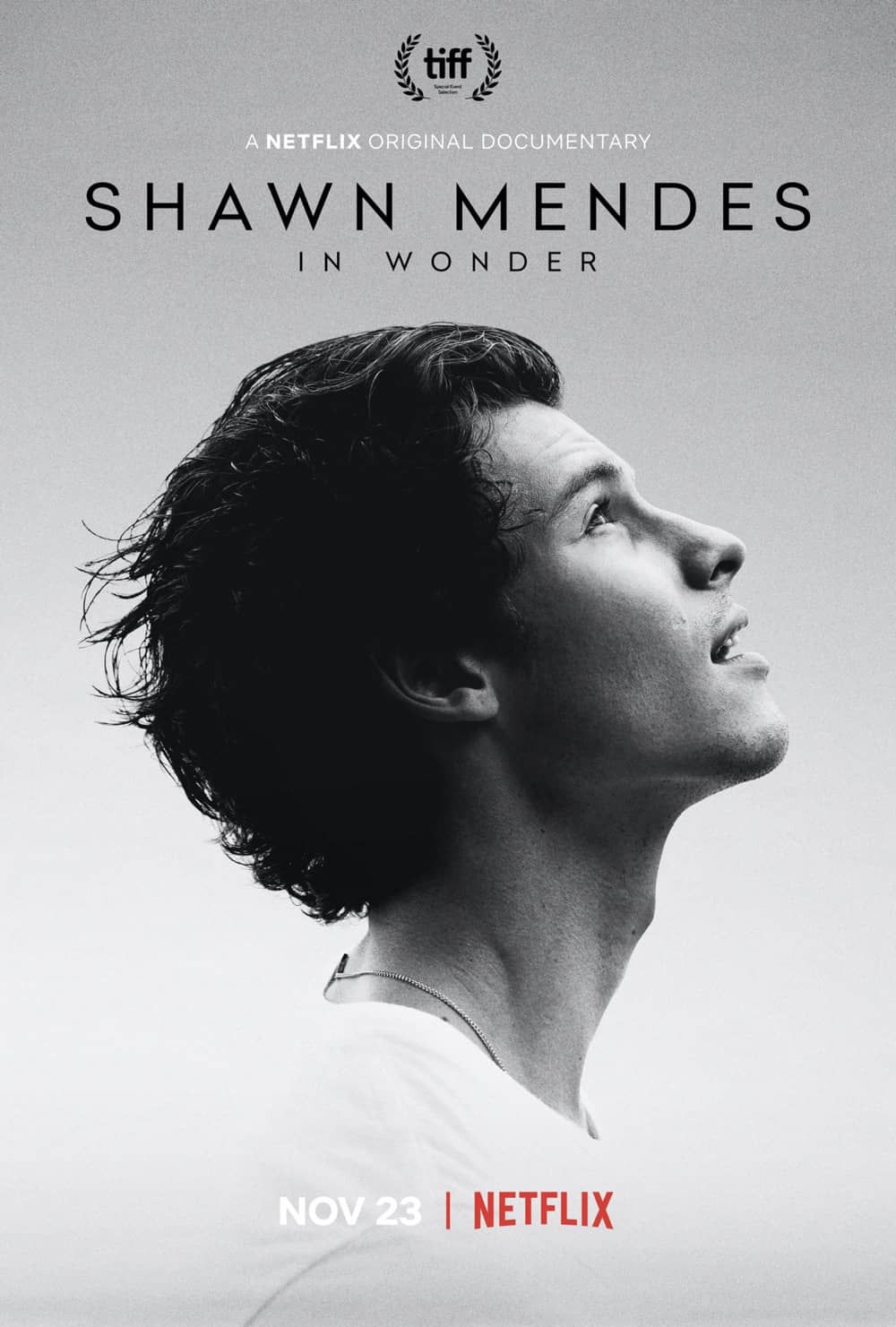 The official trailer for the Shawn Mendes documentary, “In Wonder”, was released today.“In Wonder” follows Shawn Mendes’ journey toward self-discovery, after the physical and emotional demands of his rise, and his last world tour, pushed him towards a personal and musical reckoning. The documentary is a heartfelt look at a songwriter and performer wrestling with the pressures of stardom and the emotional tolls of coming-of-age while the world watches. Largely framed around his rise and recent tour, the film offers unprecedented access to Mendes’ private life both at home, and while traveling across North and South America, Europe, Asia and Australia, and features years of footage as he rose from precocious troubadour to global superstar.

The debut feature length documentary, a TIFF special event selection, is executive produced by Andrew Gertler & Shawn Mendes, Ben Winston for Fulwell73, and is produced by Saul Germaine, p.g.a and James Haygood, with Associate Producers Leo Pearlman & Zack Hayden, in association with Island Films & Polygram, with additional executive producers Michele Anthony, Darcus Beese & Dave Harris. The film will be released on Netflix on November 23rd. This announcement comes on the heels of the release of “Wonder,” the title track off Mendes’ forthcoming album.