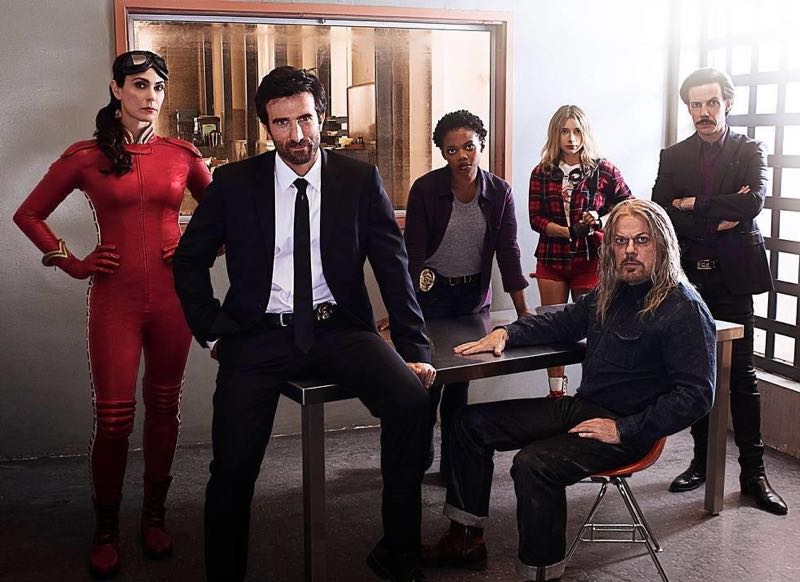 Who Killed Retro Girl? On May 31, season 2 of POWERS, the PlayStation(R) original series from Sony Pictures Television, premieres on PlayStation(R)Network in the United States and Canada. Co-created by acclaimed Marvel writer Brian Michael Bendis and helmed by showrunner and respected genre writer Remi Aubuchon (Falling Skies), POWERS is the first scripted television series to air on PlayStation Network.

“The new season tells the story of Detective Christian Walker’s obsession with solving the murder of beloved hero, Retro Girl, with the help of his partner Deena Pilgrim. We focused on what fans loved about season 1 and amped up the visual effects, cinematography, and stunts so season 2 is going to be louder, faster and more electrifying than anything you’ve seen from us before!” continued Bendis.

*Active membership required to access PS Plus features and benefits. Only available to PS Plus subscribers 18 years and older.

POWERS, an edgy dramatic series based on the graphic novel series of the same name, follows the lives of two homicide detectives, Christian Walker (Sharlto Copley) and Deena Pilgrim (Susan Heyward), who are assigned to investigate cases involving people with extraordinary abilities, referred to as “Powers.” Set amidst today’s paparazzi culture, Powers asks the questions, what if the world was full of superheroes who aren’t actually heroic at all? What if all that power was just one more excuse for mischief, mayhem, murder, and endorsement deals? The new season will delve into the storyline made famous by the first comic “Who Killed Retro Girl?” as the Powers Division investigates the shocking murder of the world famous superhero (played by Michelle Forbes) and the mysteries that her death uncovers. Twitter: @PowersTheSeries Facebook: www.facebook.com/powerstheseries Hashtag: #PowersonPS