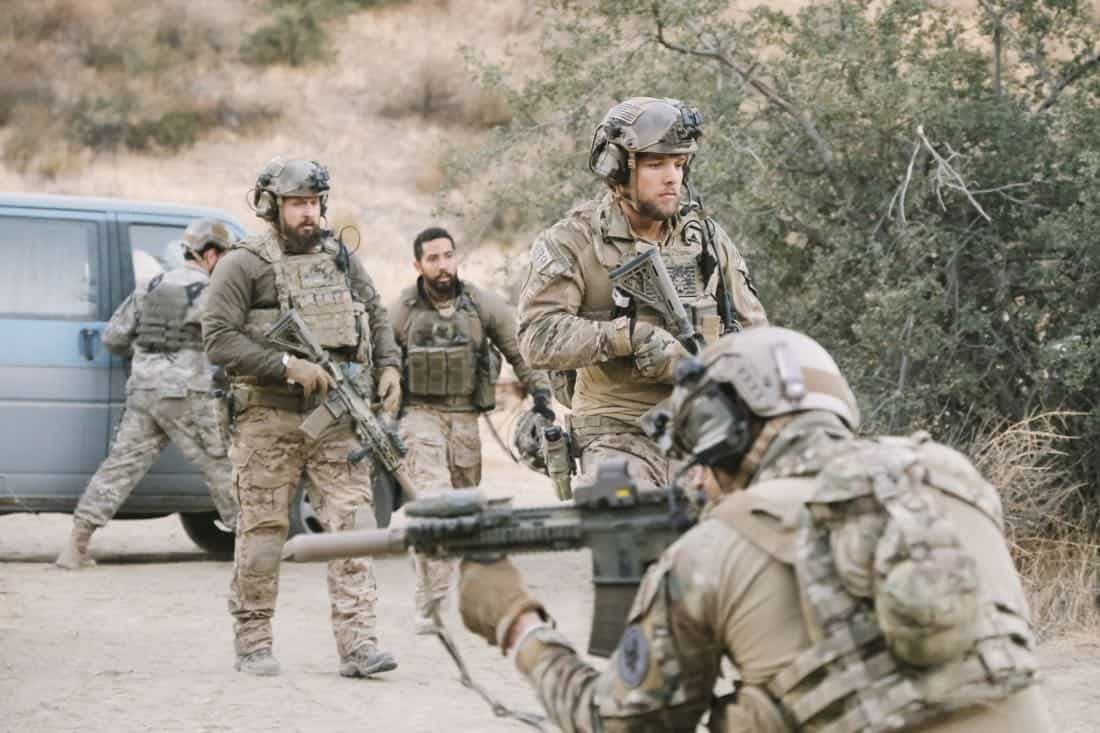 “No Man’s Land” – Jason and the SEAL Team close in on avenging the deaths of Echo Team when they find the money that funded their murder on a nearby poppy farm that was previously used to make heroin. Also, Jason meets an intriguing woman on the base, on SEAL TEAM, Wednesday, March 7 (9:01-10:00 PM, ET/PT) on the CBS Television Network. SEAL TEAM Season 1 Episode 15 Photos No Man’s Land