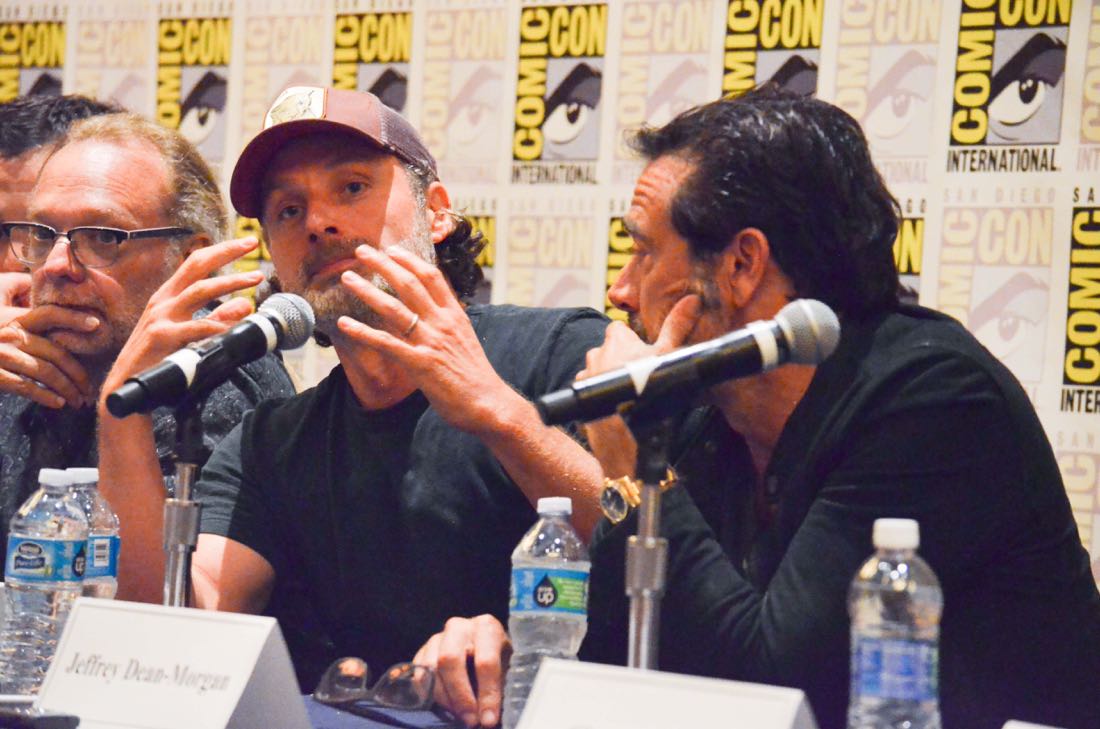 AMC announced today from Comic-Con International that “The Walking Dead” season seven will premiere Sunday, October 23 at 9:00 p.m. ET/PT.  As in previous seasons, the show’s seventh season of 16 episodes will air in two parts, with the first eight episodes kicking off October 23 and the final eight returning February 2017. Following “The Walking Dead” will be the season premieres of AMC’s “Talking Dead,” hosted by Chris Hardwick (Nerdist), at 10:00 p.m. ET/PT, and “Comic Book Men” at midnight ET/PT.  Internationally, “The Walking Dead” will return on FOX channels to audiences in 125+ markets within 24 hours of the U.S. premiere, as part of FOX’s continued commitment to broadcast the series near day-and-date globally.