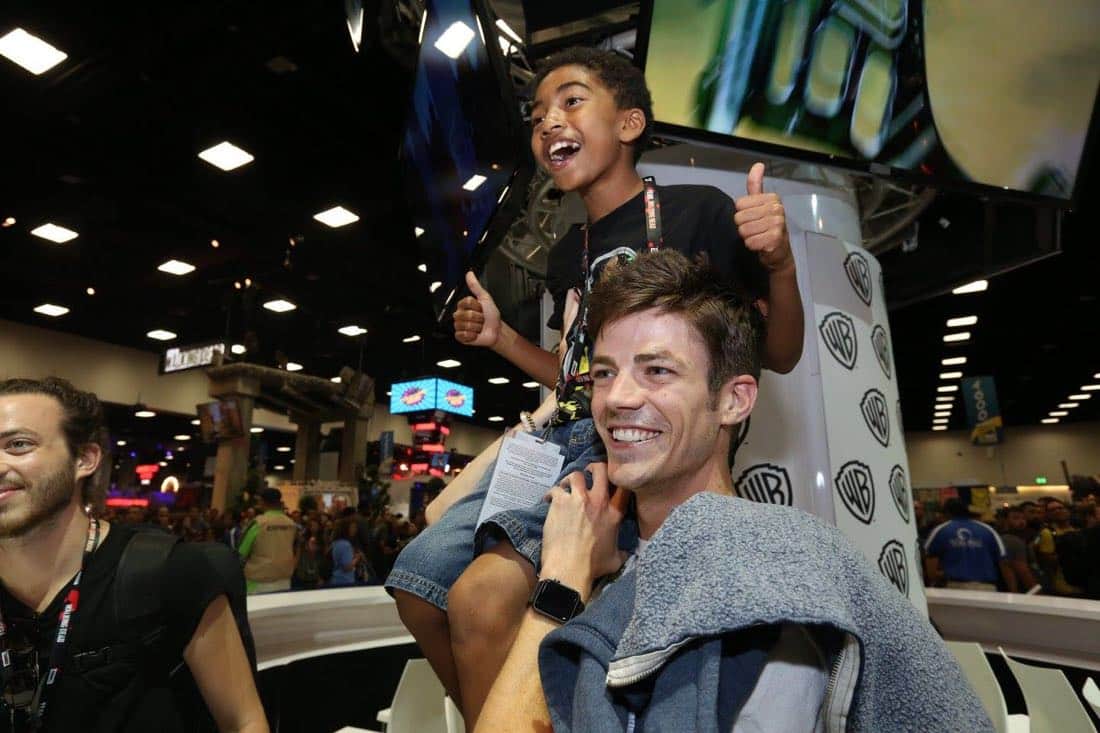 Parallel universes…and doppelgangers…and man-sharks, oh my! The second season of The CW’s highest-rated series had more than its fair share of twists and turns, but none compared to Barry Allen’s jaw-dropping decision to go back in time and save his mother from his arch-nemesis, Reverse-Flash, a decision that called the entire timeline into question. But fear not, fans, you won’t have to wait until the fall to start getting answers to some of your most pressing questions, as the cast and creative team behind the show make their annual appearance at Comic-Con to begin giving fans insight into the show’s highly anticipated third season. From Bonanza Productions Inc. in association with Berlanti Productions and Warner Bros. Television, and based on characters from DC, The Flash returns Tuesday, October 4, at 8/7c on The CW. The Flash: The Complete Second Season will be released on Blu-ray™ combo pack, DVD and Digital HD on September 6. Become a fan of The Flash on Facebook at www.facebook.com/CWTheFlash and follow the show on Twitter at @CW_TheFlash.