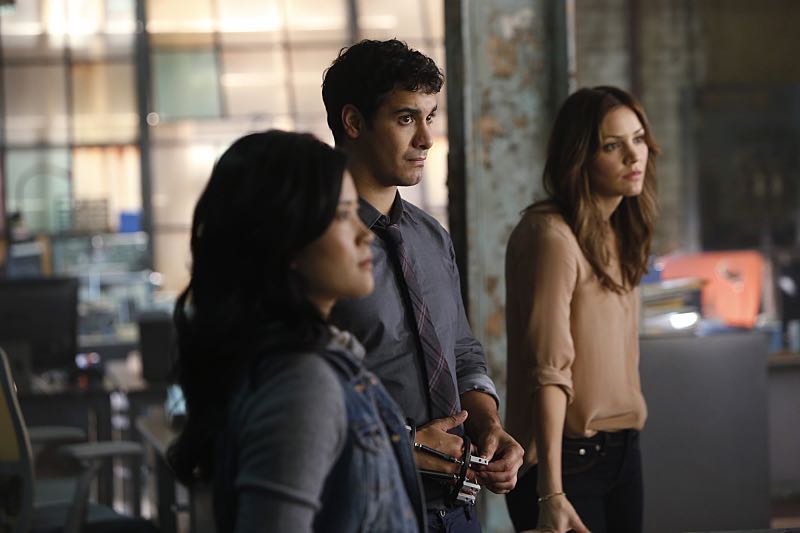 SCORPION Season 2 Episode 1 Photos Satellite of Love : “Satellite of Love” – The new Director of Homeland Security reunites the team when a nuclear powered Russian satellite is knocked out of orbit and must be diverted before it detonates over Southern California.  Also, Paige and Walter must face their feelings for each other after hospital footage reveals Paige kissed him, on the second season premiere of SCORPION, Monday, Sept. 21 (9:00-9:59 PM, ET/PT) on the CBS Television Network.  Alana De La Garza guest stars as the new head of Homeland Security and KISS frontman Gene Simmons makes a cameo appearance as himself.