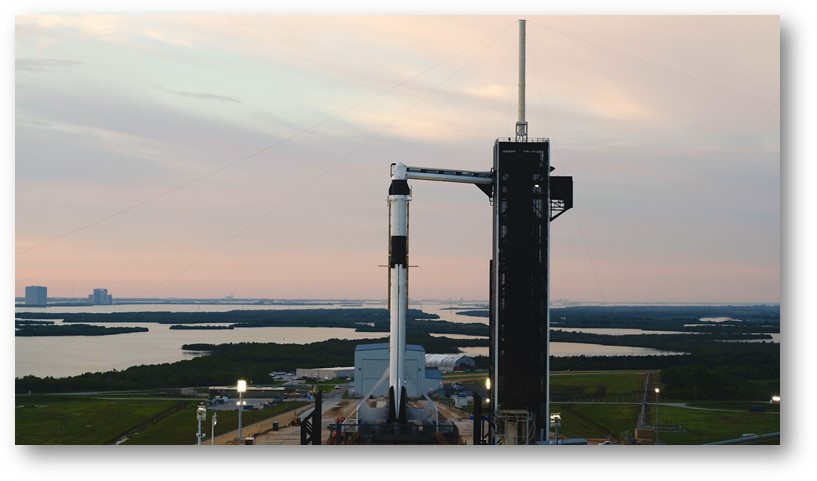 Science Channel announced today that it plans to celebrate the anniversary of the historic Apollo 11 moon mission with a special line-up of programming featuring NASA’s greatest missions. The line-up of space programming begins at 9 AM ET/PT on Monday, July 20 on the Science Channel.

Science Channel and Discovery are the must-watch networks for space coverage. Most recently, their live coverage of the NASA launch of SpaceX’s Crew Dragon capsule was television’s #1 telecast for the entire day across key demos and became the highest-rated telecast in the history of Science Channel.

From incredible footage captured by the Hubble Space Telescope to the moon’s most mysterious secrets, Science Channel will take viewers inside the greatest lunar missions in history and show the scientists and researchers responsible for these incredible discoveries.

9 a.m. – NASA’s Greatest Missions: The Secret History: We countdown the greatest moments in NASA’s nearly sixty-year history, revealing the incredible stories behind the missions and discoveries that have remade our understanding of the Final Frontier.

11 a.m. – Voyager: The Untold Story: Forty years ago, the Voyager spacecraft were launched to explore Jupiter, Saturn, Neptune, Uranus, and the farthest reaches of our solar system. This episode will go inside the untold stories of the extraordinary mission that changed our understanding of the cosmos.

12 p.m. – Above and Beyond: NASA’s Journey to Tomorrow: NASA reveals how they embrace planet Earth’s unique need for answers through invigorating initiatives and exciting future plans.

2 p.m. – Telescope: A history of the telescope, from Galileo to NASA, explores the human effort to understand our place in the universe.

3 p.m. – Hubble: Thirty Years of Discovery: For thirty years, NASA’s Hubble Space Telescope has discovered new alien worlds, black holes, and the age of the universe itself; NASA astronauts reveal the secret history of the life-or-death missions to keep this complex machine working.

5 p.m. – NASA & SpaceX: Journey to the Future: Elon Musk and experts from SpaceX and NASA are on a mission to revolutionize space exploration, and special inside access reveals how their cutting-edge spacecraft technology will carry humans to the moon, Mars and beyond.

7 p.m. – Apollo: The Forgotten Films: Recently discovered footage reveals the secret history of NASA’s first landing on the moon, and using this brand-new evidence, former astronauts and experts challenge everything we know about the Apollo missions.

9 p.m. – How the Universe Works: Mysteries of the Moon: New discoveries reveal our moon’s most mysterious secrets, and using cutting-edge technology, experts investigate the dark truth behind its strange and alien features.

In addition to watching NASA’s greatest missions on Science Channel, viewers can join the conversation on social media by following SCIENCE CHANNEL on  Facebook, Twitter, and Instagram.