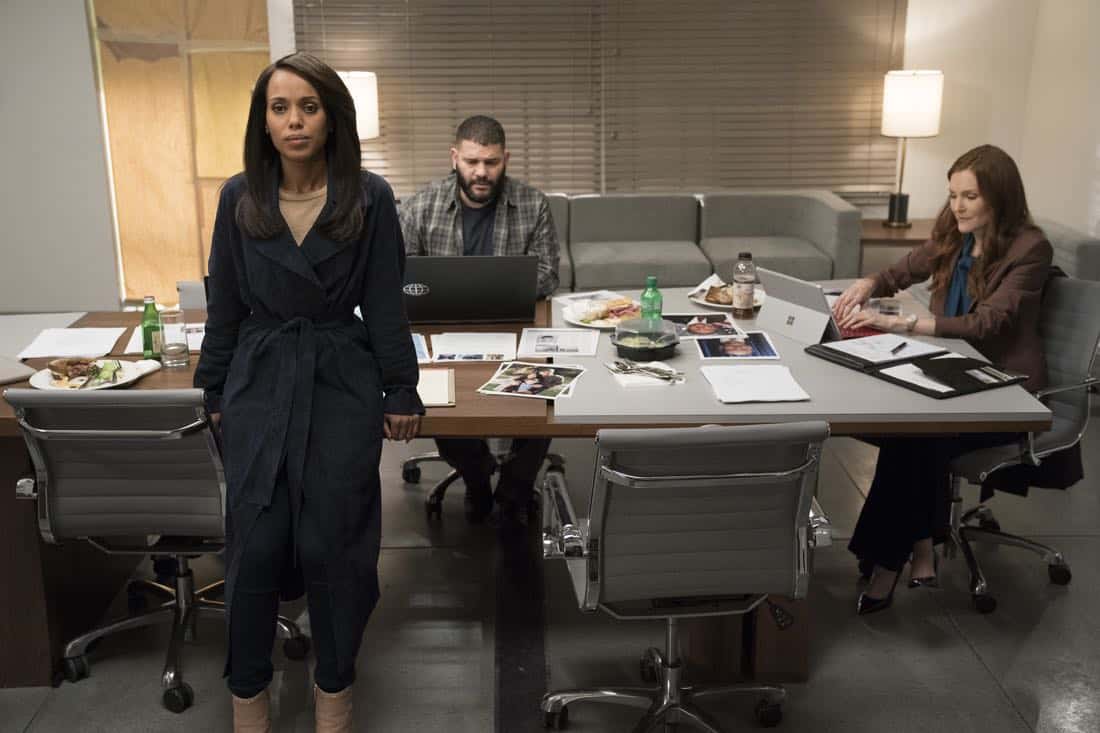 “The Noise” – When Charlie is taken into custody for the hijacking of Air Force Two, Quinn is faced with an important choice. Meanwhile, Cyrus is pulling the strings behind closed doors and sets out to recruit Jake to join him on his quest for the White House, on “Scandal,” airing THURSDAY, MARCH 29 (10:00–11:00 p.m. EDT), on The ABC Television Network, streaming and on demand. SCANDAL Season 7 Episode 15 Photos The Noise.

“The Noise” was written by Raamla Mohamed and Jeremy Gordon, and directed by Darby Stanchfield.