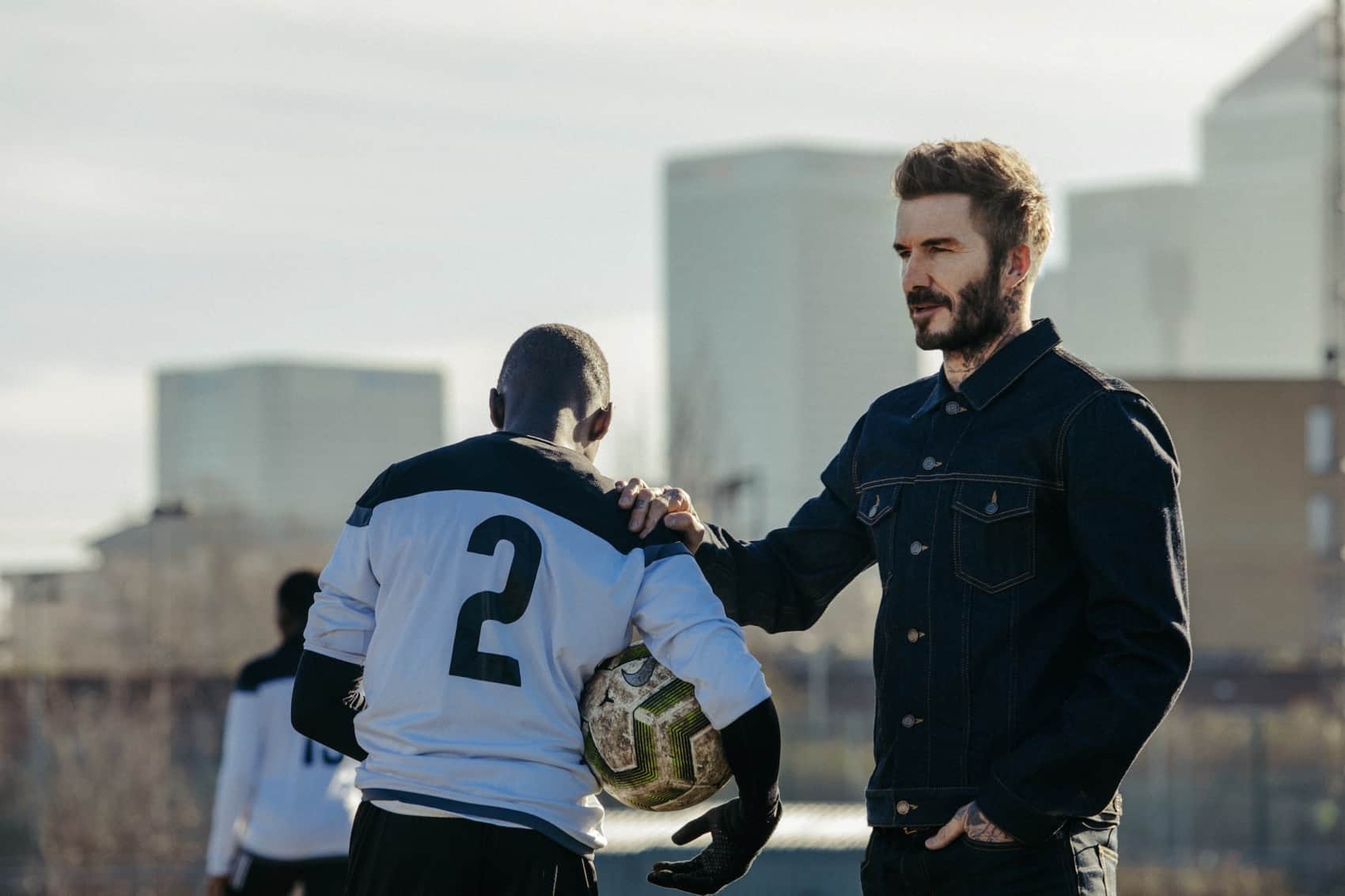 Disney+ today announced that UK Original series, “Save Our Squad with David Beckham,” will premiere exclusively on Disney+ on Wednesday, November 9th. The announcement was accompanied by a first look teaser trailer and image from the series.

Co-produced by BAFTA and RTS Award-winning production company Twenty Twenty, and Studio 99, the global content and production studio co-founded by Beckham, “Save Our Squad with David Beckham” is a heart-warming series that sees David Beckham return to his East London roots to mentor Westward Boys, a young, grassroots team who are at the bottom of their league, facing relegation. However, this isn’t just any league… this is the same league that David played in as a young boy. Working with the head coaches, he’ll try to turn the team’s fortunes around.

In the exclusive teaser trailer, David Beckham goes back to his roots in East London with an ambition to help Westward win. The sneak peek shows him mentoring the young squad and giving advice and encouragement on the perfect free kick, so the team themselves can ‘bend it like Beckham’.

“Save Our Squad with David Beckham” builds on the company’s commitment to source, develop and produce original productions.  Across EMEA alone, Disney’s International Content and Operations team plan to create 60 local productions by 2024 as it continues to work with outstanding creators and premium producers.

Disney+ is the dedicated streaming home for movies and shows from Disney, Pixar, Marvel, Star Wars, and National Geographic, along with The Simpsons and much more. In select international markets, it also includes the new general entertainment content brand, Star. The flagship direct-to-consumer streaming service from The Walt Disney Company, Disney+ is part of the Disney Media & Entertainment Distribution segment. The service offers commercial-free streaming alongside an ever-growing collection of exclusive originals, including feature-length films, documentaries, live-action and animated series, and short-form content. With unprecedented access to Disney’s long history of incredible film and television entertainment, Disney+ is also the exclusive streaming home for the newest releases from The Walt Disney Studios. And through Star, it offers the latest from 20th Century Studios, Disney Television Studios, FX, Searchlight Pictures, and more. For more, visit disneyplus.com, or find the Disney+ app on most mobile and connected TV devices.

Twenty Twenty is a multi-award-winning production company which has been making original, innovative programmes for global audiences for over thirty years. Recognition for their work includes awards from BAFTA, Emmy, Grierson and the Royal Television Society. Shows Twenty Twenty have created include the global hit First Dates, launched in 19 different territories around the world; award-winning documentary series A House Through Time, which after four successful seasons is one of BBC Two’s highest-rating factual series; and All That Glitters, a competition format hosted by Katherine Ryan, series two of which is currently airing on BBC Two. Most recently the company has announced they are producing Five Star Chef, a prime-time factual entertainment series set inside London’s Langham Hotel, and jointly commissioned by Netflix and Channel 4.

Founded in 2019 by David Beckham alongside long-time partners David Gardner and Nicola Howson, Studio 99 is a global production and content studio which focuses on documentary films and series and format development. The current slate of projects in production and development for a variety of global networks includes the definitive biopic on David Beckham for Netflix, the great untold sports story of the two brothers who created Adidas and Puma and their lifelong feud in “World War Shoe”, and “A Whole New Ball Game”, a BBC2 commissioned series that charts the contemporary history of the Premier League. The second series, “The Premiership: Rise of the Billionaires” has recently been commissioned for Paramount+. The company is also a commercial studio and produces a wide range of both editorial and advertising content for global brand clients such as Diageo, Maserati and EA.