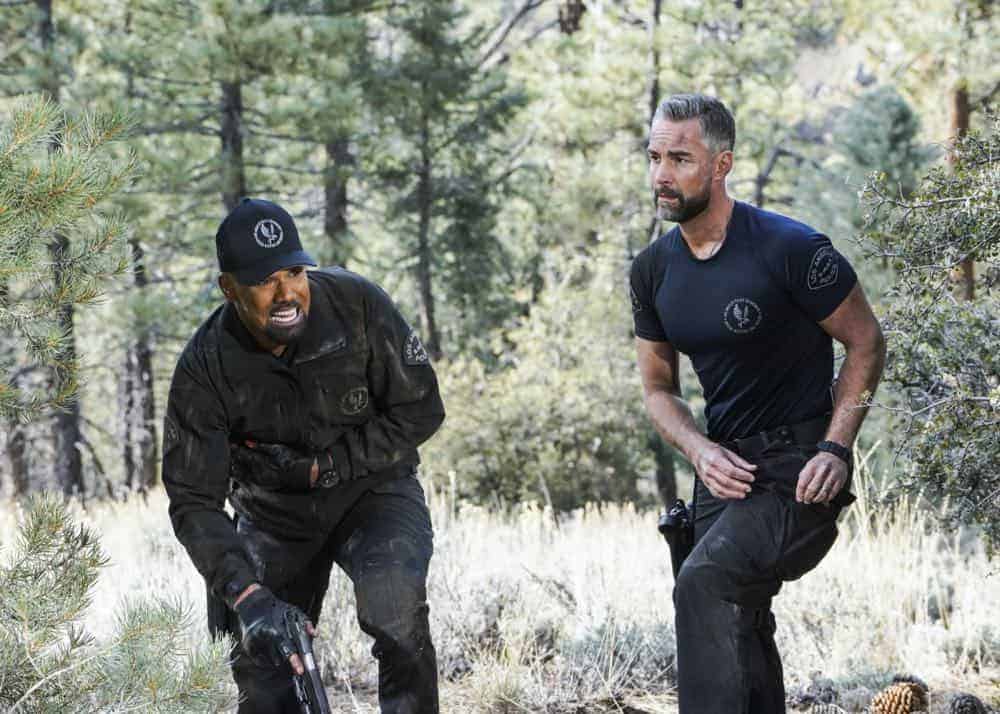 S.W.A.T. “Hunted” – Hondo and Deacon must apply all their SWAT training and skills to evade a gang of armed mercenaries hunting them in the Angeles Mountains following an ambush. Also, Chris oversteps in an attempt to help a female SWAT trainee she suspects isn’t being evaluated fairly, on S.W.A.T., Thursday, May 10 (10:00-11:00 PM, ET/PT) on the CBS Television Network. S.W.A.T. Season 1 Episode 21 Photos Hunted.