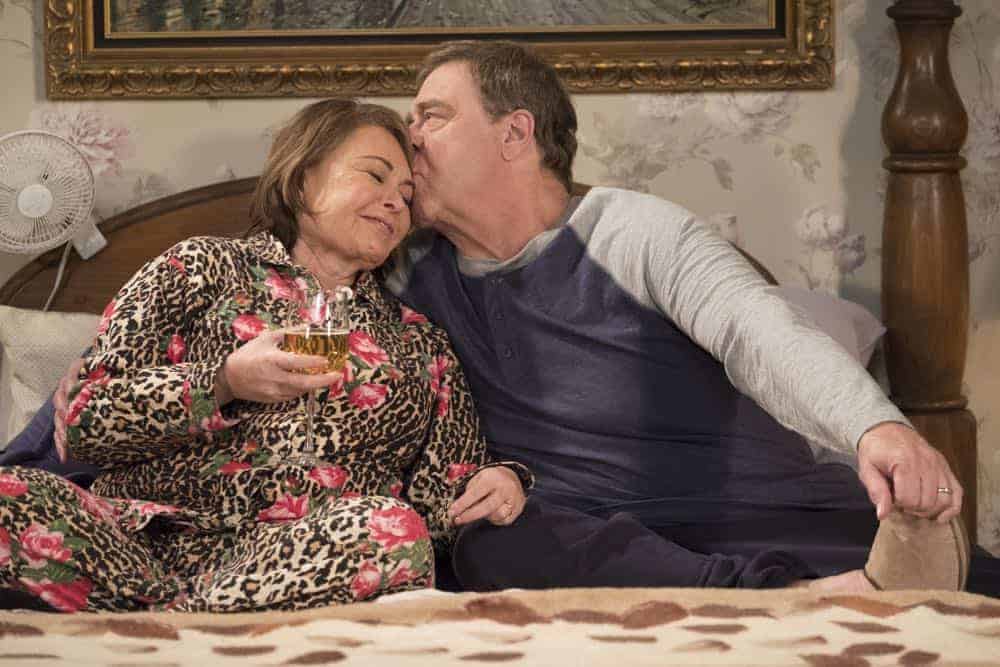 “Knee Deep – Roseanne’s knee gets worse so Dan is forced to a make an important work decision; but when a major storm hits Lanford, their fortunes change for the better. Later, Darlene realizes she has to go back to her first passion … writing, on the ninth episode and season finale of the revival of “Roseanne,” TUESDAY, MAY 22 (8:00-8:30 p.m. EDT), on The ABC Television Network, streaming and on demand. ROSEANNE Season 10 Episode 9 Photos Knee Deep.

Guest starring in this episode are James Pickens, Jr. as Chuck, French Stewart as Dean, Doug Stanhope as Ray, Drue Delio as Patron and Austin Brady as Man.

“Knee Deep” was written by Bruce Rasmussen and directed by Gail Mancuso.