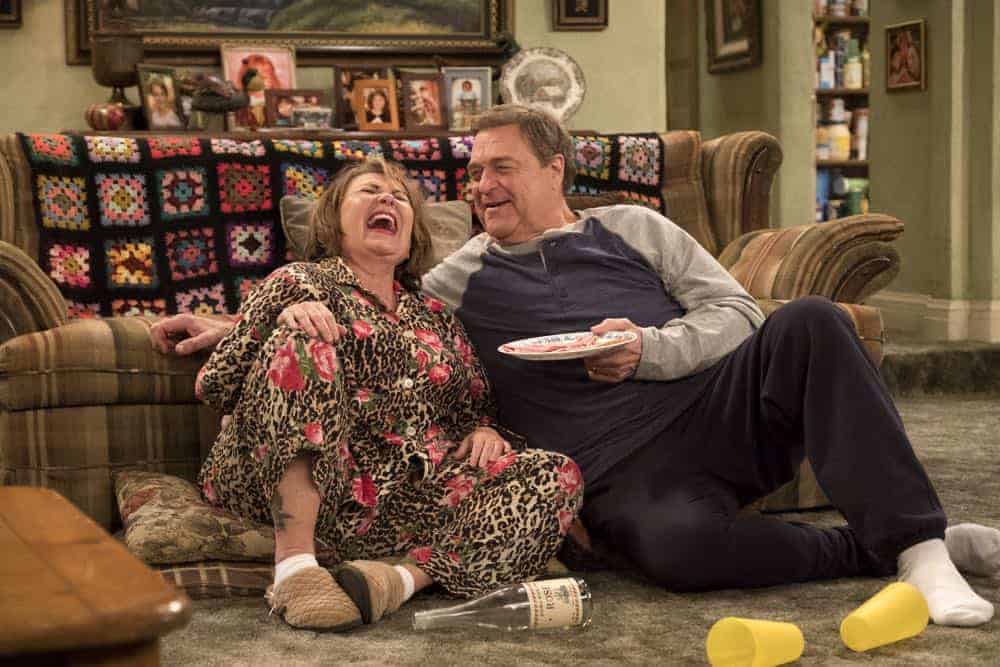 Roseanne “Netflix & Pill” – After celebrating their 45th anniversary, Roseanne reveals to Dan a bigger problem with her bad knee. Meanwhile, Crystal announces her retirement as a waitress at the casino, and Becky and Darlene compete for the job which has full-time benefits, on the eighth episode of the revival of “Roseanne,” TUESDAY, MAY 15 (8:00-8:30 p.m. EDT), on The ABC Television Network, streaming and on demand.  ROSEANNE Season 10 Episode 8 Photos Netflix & Pill.

Guest starring in this episode are Natalie West as Crystal and Tim Bagley as Jonathan.

“Netflix & Pill” was written by Betsy Borns and directed by Andrew D. Weyman.