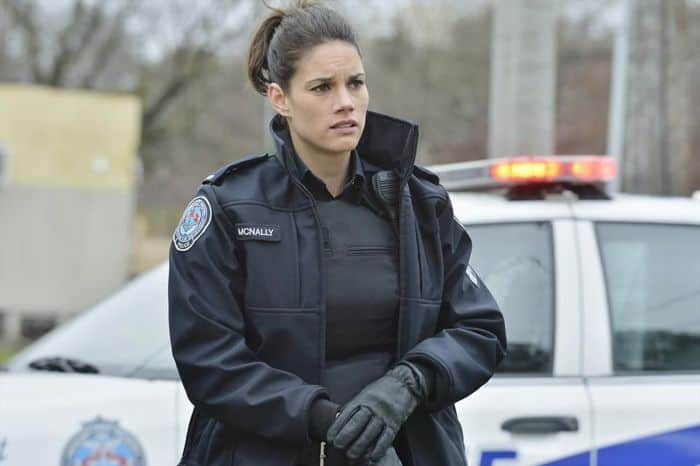 ROOKIE BLUE Season 5 Episode 10 Photos Fragments : ROOKIE BLUE – “Fragments” – Andy McNally and Sam Swarek are in such a good place that she just can’t help but feel like she’s waiting for the other shoe to drop. So when Andy learns her former rookie, Duncan, is back on active duty and hoping to reconcile, she’s sure that this is what her anxiety was anticipating. But it’s all hands on deck when a car bomb explodes in a downtown parking garage – quickly followed by a second explosion at a busy local intersection. Duncan, eager to prove himself, goes rogue – only to come face-to-face with the car bomber. Now, it’s up to Andy and Nick to get the situation under control and save Duncan before they run out of time, on the season finale ABC’s “Rookie Blue,” THURSDAY, AUGUST 21 (9:00-11:00 p.m., ET) on the ABC Television Network.