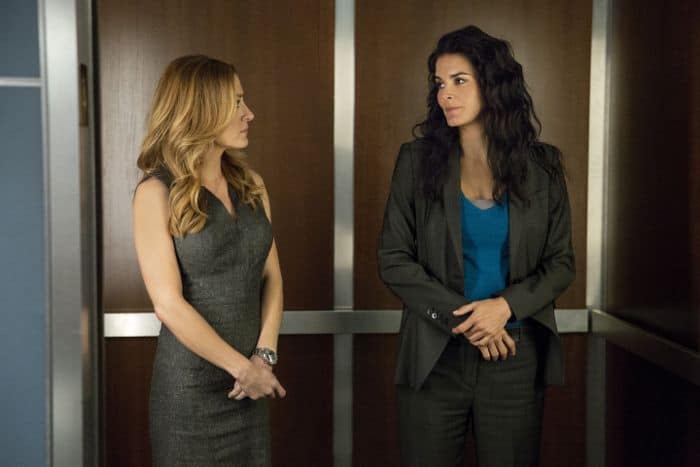 TNT has ordered a sixth season of the blockbuster hit Rizzoli & Isles, which finished this past summer as basic cable’s #1 series. Angie Harmon and Sasha Alexander star in the drama, which has ranked as one of basic cable’s Top 5 series for five consecutive years, including 2014-to-date. Season five of Rizzoli & Isles is set to return with new episodes in early 2015. TNT has ordered 18 episodes for season six, which is slated to launch in summer 2015. Rizzoli & Isles is produced for TNT by Warner Horizon Television and Bill Haber’s Ostar Productions, with Haber and showrunner Jan Nash serving as executive producers.

Based on characters created by best-selling crime novelist Tess Gerritsen and developed for television by Janet Tamaro, Rizzoli & Isles stars Harmon as Jane Rizzoli, a tough-as-nails Boston police detective, and Alexander as Maura Isles, a smart, impeccably dressed medical examiner from a privileged background. Despite being complete opposites, the two women share an offbeat chemistry, an authentic and deep friendship and a unique working relationship that together, helps them to solve the most complex murder mysteries in the city of Boston.

Rizzoli & Isles launched in 2010, finishing its first year as basic cable’s #1 new series. Each year since, it has ranked as one of basic cable’s Top 5 series with total viewers, as well as one of basic cable’s Top 10 series with adults 25-54. The show topped the charts as the #1 series on basic cable this past summer, with 7.6 million viewers in Live + 7 delivery. Rizzoli & Isles was also the #2 series (behind TNT’s The Last Ship) among adults 25-54 and within the Top 5 among adults 18-49 for the summer. When incorporating TNT’s multiple platforms, including live viewing, DVR playback, set-top VOD and digital on-demand, the summer run of Rizzoli & Isles reached a total of 13.6 million viewers per episode.