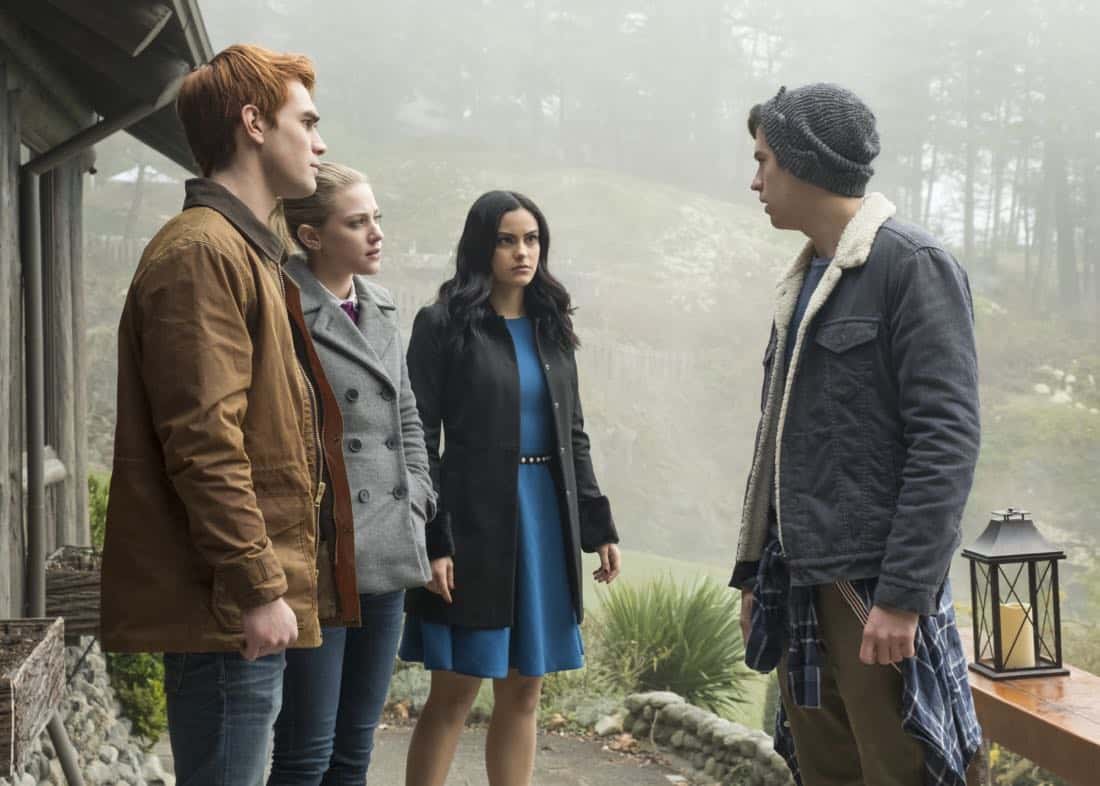 A WEEKEND ESCAPE AT THE LAKE HOUSE – When Hiram (Mark Consuelos) suggests that Veronica (Camila Mendes) and Archie (KJ Apa) head up to their lake house for the weekend, Veronica decides to invite Betty (Lili Reinhart) and Jughead (Cole Sprouse) to join them. Determined to uncover Hiram’s plans for Riverdale, Jughead uses his time at the lake house to press Veronica about what she may know. Back in Riverdale, Cheryl (Madelaine Petsch) makes a surprising connection with an unlikely friend, while Josie (Ashleigh Murray) lands in hot water after revealing a secret to Kevin (Casey Cott). Skeet Ulrich also stars. David Katzenberg directed the episode written by Ross Maxwell (#214). Original airdate: 3/7/2018. RIVERDALE Season 2 Episode 14 Photos Chapter Twenty-Seven: The Hills Have Eyes.

Meanwhile, Jason’s twin sister Cheryl (Madelaine Petsch) ruled the school as Riverdale High’s venomous, merciless Red Queen—until she learned the true identity of Jason’s killer. As the town breathed a collective sigh of relief that Jason’s killer had been found out, another terrible crime occurred, in a space that had been considered one of the town’s safest, most innocent places.  If Jason Blossom’s murder revealed the slimy underbelly beneath Riverdale’s surface, as we enter Season Two, the shooting of Fred Andrews threatens to plunge the entire town into utter darkness.