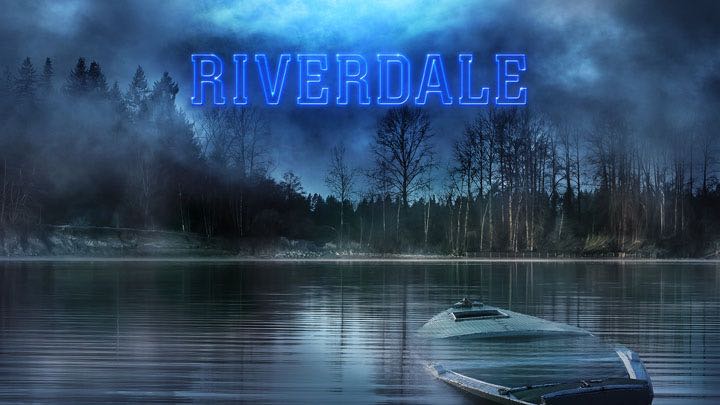 The Archie comics, in print since the 1940s, are a fairly wholesome series. We have all-American Archie Andrews, the classic love triangle of Betty and Veronica, goofy Jughead, the music of Josie & The Pussycats, and so much more, which have become household names.

The CW asks you to see them in a whole new light in their series RIVERDALE, premiering tonight.

RIVERDALE begins with a death and dark secrets. One of the Blossom twins, Jason (Trevor Stines, A Tragic Love Story), disappears while in a boat with his twin sister, mean girl Cheryl (Madelaine Petsch, The Curse of Sleeping Beauty). This throws the sleepy town into disarray, especially when some of its citizens might know something and aren’t speaking up about it because of the type of activity they were engaged in as it went down.

Into this chaos, enter new girl, Veronica (newcomer Camila Mendes), who quickly gets between best friends Betty (Lili Reinhart, The Kings of Summer) and Archie (K.J. Apa, Shortland Street), the latter of whom doesn’t seem to be talking to loner writer Jughead (Cole Sprouse, The Suite Life of Zack and Cody, Grace Under Fire) at present. There’s also gay pal Kevin (fresh face Casey Cott), who is fending off advances from a closeted jock. So, even just among the kids, there’s quite a bit of drama and strife. And we haven’t even gotten to the adults, who have their own histories and plot, though mostly not as front-and-center as that of the kids.

To be fair, the Archie comic hasn’t always shied away from sexuality. There is plenty relationship drama, and the Jughead on the page even came out as asexual. But the level of sex on the CW is, on average, quite a bit higher, the network being known for somewhat-steamy YA shows (in addition to the superhero variety), and RIVERDALE fits right into the network’s brand alongside peers like The Vampire Diaries and the still-missed Gossip Girl.

In fact, a lot about RIVERDALE will feel very familiar to fans of the network. It’s a group of attractive young people who are involved in ever-changing love triangles, squares, and more-sided shapes, besieged by danger, betrayal, and mystery, and they sometimes make stupid decisions. It has a little bit of Dawson’s Creek season one tossed in concerning a certain teacher, and even if it’s not quite true to the comics, it is true to the spirit of the CW.

That being said, it’s not my favorite show on the network. I like the built-in set of characters, but it was quickly realized that even Archie, who should probably be the exception to the intrigue, would be too boring without it, so they’ve veered his character sharply. I feel like if you’re going to get away from the meaning of the source material, unless there’s a compelling reason to stick to it, you should just make a new show. Giving it known-franchise cred it not enough of an excuse. So, while without the familiar characters RIVERDALE might have trouble gaining purchase, it shouldn’t have used them.

And that is what it comes down to for me. RIVERDALE doesn’t stand on its own without the interest built from the comics (even if you haven’t read them, you know about them), and so isn’t worth watching. There’s an inauthenticity to it, a bit-too-formulaic quality that just keeps it from hooking you in. Even Josie & The Pussycats, though we’re told sing mostly original songs, are mainly doing covers in the first couple of hours. I love most of the shows on the CW, but this feels like CW-light, with little new to contribute, just re-using what’s worked in the past, so I’ll pass.

RIVERDALE premieres tonight at 9/8c on the CW.