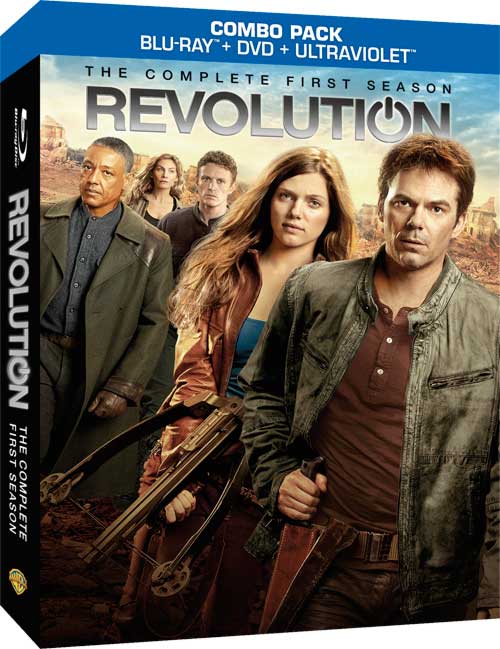 Fans are “powering up” to own one of the most-watched new shows of the 2012-2013 season as Warner Bros. Home Entertainment (WBHE) gets set to release Revolution: The Complete First Season on DVD and Blu-ray Combo Pack September 3, 2013. With its first season,Revolution broke out as a hit amongst critics and fans, landing a top spot as TV’s #1 new show with Women 18-34 and Men 18-49 and averaging 12.6 MM viewers per week!Revolution: The Complete First Season includes all 20 action-packed episodes from Season 1 and is available to own for $59.98/$69.97 SRP. The release includes over 90 min. of bonus content including two featurettes, a gag reel, deleted scenes, and bonus webisodes. The Blu-ray Combo Pack contains an additional 30 minutes of bonus features and includes the Blu-ray and standard DVD editions of the release, plus an UltraViolet digital copy of all 20 episodes.

In this epic adventure thriller, a family struggles to survive in a post-apocalyptic American landscape: a world of overgrown cities, treacherous militias and heroic freedom fighters, fifteen years after every single piece of technology – computers, planes, cars, phones, even lights – had suddenly blacked out…forever. A swashbuckling journey of hope and rebirth, Revolution is seen through the eyes of a strong-willed young woman, Charlie Matheson, who has lost members of her family in the blackout’s tragic aftermath, but has gained a new family and a new purpose. Together, with a rogue band of survivors – including her secretive mother Rachel and formerly estranged uncle Miles, an ex-marine and militia leader – she sets out to overthrow the dangerous Monroe Militia (led by the volatile Sebastian Monroe), restore the power – and balance of power – and ultimately re-establish the United States of America.

“We are thrilled to release Revolution: The Complete First Season on DVD and Blu-ray Combo Pack this fall,” said Rosemary Markson, WBHE Senior Vice President, TV and Special Interest Marketing. “As a breakout fan favorite, we cannot wait to share this series with fans, both old and new, to deliver the excitement that has garnered tons of buzz throughout the year.” 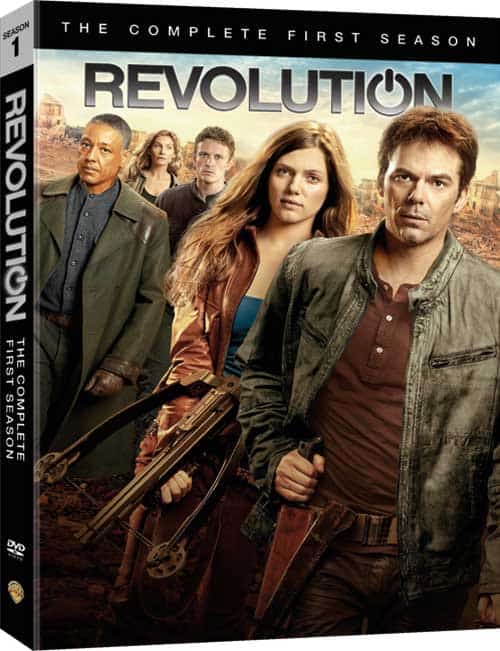