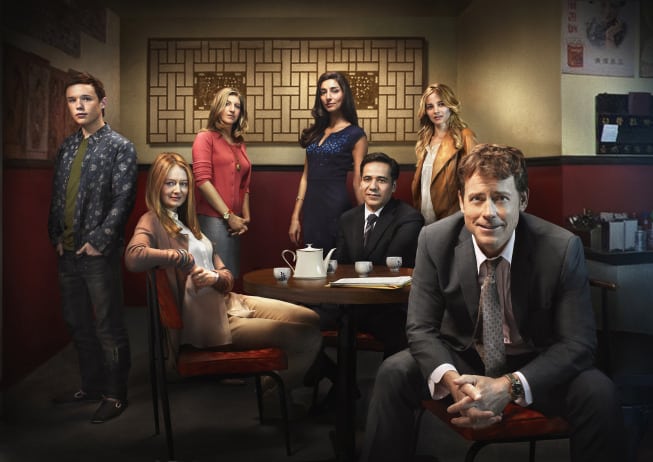 Academy Award nominee and Emmy Award winner Greg Kinnear makes his broadcast television series debut with the bold new legal drama RAKE, from executive producer Peter Tolan and creator/executive producer Peter Duncan, who created the hit Australian series of the same name. RAKE centers on Keegan Deane, one of life’s great addicts, a brilliant and frustratingly charming criminal defense attorney, whose chaotic and self-destructive personal life often gets in the way of his professional one. He takes on the cases that nobody else will touch, ruled by a resolute optimism, belief in justice and dogged determination to defend those who seem beyond redemption — much like himself.

RAKE is produced by Fedora Entertainment and Essential Media & Entertainment Pty Ltd., in association with Sony Pictures Television. The series is created and written by Peter Duncan(creator of the original Australian series). The series is executive-produced by Duncan, Peter Tolan (“Rescue Me,” “Analyze This”), Michael Wimer (“2012″), Richard Roxburgh (“Rake,” “Mission: Impossible II,” “Moulin Rouge”) and Ian Collie (“Rake”). Kinnear and Leslie Tolan (“Rescue Me,” “The Job”) are co-executive producers. Sam Raimi (“Oz the Great and Powerful,” “Spider-Man” franchise) directed and served as an executive producer on the pilot.