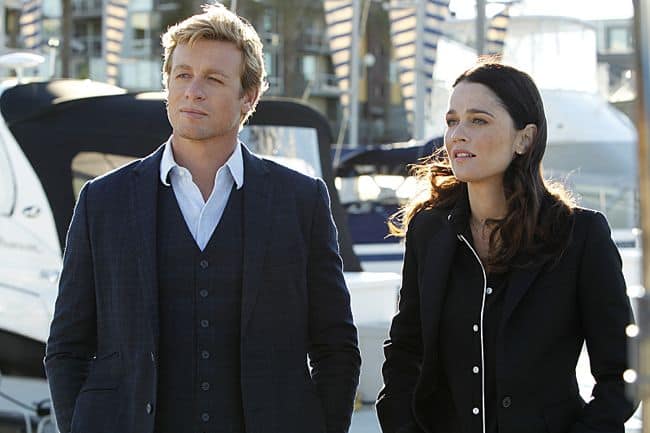 CBS unveiled today its new 2013-2014 schedule, featuring eight new series – five comedies and three dramas – to build on the strength of America’s top-rated network.  Five of the new series will premiere in the fall and three at mid-season.

For next fall, the Network is increasing its comedy lineup with four new comedies, expanding its comedy block on Thursdays from 8:00-10:00 PM and creating an encore hour for comedy broadcasts on Saturdays.

Two new dramas have been scheduled for Mondays at 10:00 PM.  HOSTAGES, the serialized suspense thriller from executive producer Jerry Bruckheimer starring Toni Collette and Dylan McDermott, premieres in the fall, building to a season finale in January.  Soon after, INTELLIGENCE, a high-octane action drama starring Josh Holloway, Marg Helgenberger and Meghan Ory, moves into the time period for the remainder of the season.

The other returning series include: HOW I MET YOUR MOTHER, 2 BROKE GIRLS, NCIS: LOS ANGELES, PERSON OF INTEREST, SURVIVOR, CRIMINAL MINDS, CSI: CRIME SCENE INVESTIGATION, TWO AND A HALF MEN,  UNDERCOVER BOSS, HAWAII FIVE-0, BLUE BLOODS,  48 HOURS, THE AMAZING RACE, THE GOOD WIFE  and THE MENTALIST.

On Monday, the veteran comedy HOW I MET YOUR MOTHER begins its climactic final season at 8:00 PM, providing a strong lead-in for the new single-camera ensemble comedy WE ARE MEN at 8:30 PM. The top-rated comedy of the night, 2 BROKE GIRLS, is at 9:00 PM, seamlessly leading into the new Chuck Lorre comedy MOM at 9:30 PM.  At 10:00 PM, HOSTAGES will launch in the fall, building to a season finale in January.  Soon after, INTELLIGENCE will take over the time period for the season.

On Tuesdays, CBS makes a key scheduling move at 10:00 PM, creating a powerhouse lineup in which the three top-rated dramas on television now air on the same night. The most-watched series on television, NCIS, returns at 8:00 PM, followed by the #2-rated drama NCIS: LOS ANGELES at 9:00 PM. The #3-rated drama and fastest-growing series, PERSON OF INTEREST, caps the night at 10:00 PM.

On Wednesday, CBS’s strong lineup returns with the popular reality series SURVIVOR kicking off the night at 8:00 PM. The highest-rated drama of the night, CRIMINAL MINDS, returns at 9:00 PM, followed by the time-period-winning CSI: CRIME SCENE INVESTIGATION at 10:00 PM.

On Thursday, CBS is expanding its comedy lineup from 8:00-10:00 PM. The #1-rated comedy, THE BIG BANG THEORY, returns at 8:00 PM, giving a powerful lead-in to the new Will Arnett comedy THE MILLERS. THE CRAZY ONES, featuring the return to series television of the legendary Robin Williams, opens the new comedy hour at 9:00 PM, followed by the return of the #2-rated comedy on TV, TWO AND A HALF MEN, at 9:30 PM. The #1-rated new drama, ELEMENTARY, caps the night at 10:00 PM.

On Friday, CBS moves an established drama to the middle of the lineup to strengthen a winning night. At 8:00 PM, the Emmy Award-winning and time period leader UNDERCOVER BOSS returns. The popular drama HAWAII FIVE-0 establishes a new beachhead at 9:00 PM, leading perfectly into BLUE BLOODS, the top-rated series of the night, at 10:00 PM.

On Saturdays, CBS has another hour of comedy. COMEDYTIME will feature encore broadcasts of the Network’s hit comedies at 8:00 PM, followed by the popular CRIMETIME programming at 9:00 PM, and the night’s top-rated broadcast 48 HOURS at 10:00 PM.

On Sunday, CBS’s critically acclaimed lineup returns intact with the top-rated, award-winning news magazine 60 MINUTES  at 7:00 PM, followed by Emmy Award winner THE AMAZING RACE at 8:00 PM, the critical favorite THE GOOD WIFE at 9:00 PM and THE MENTALIST at 10:00 PM.