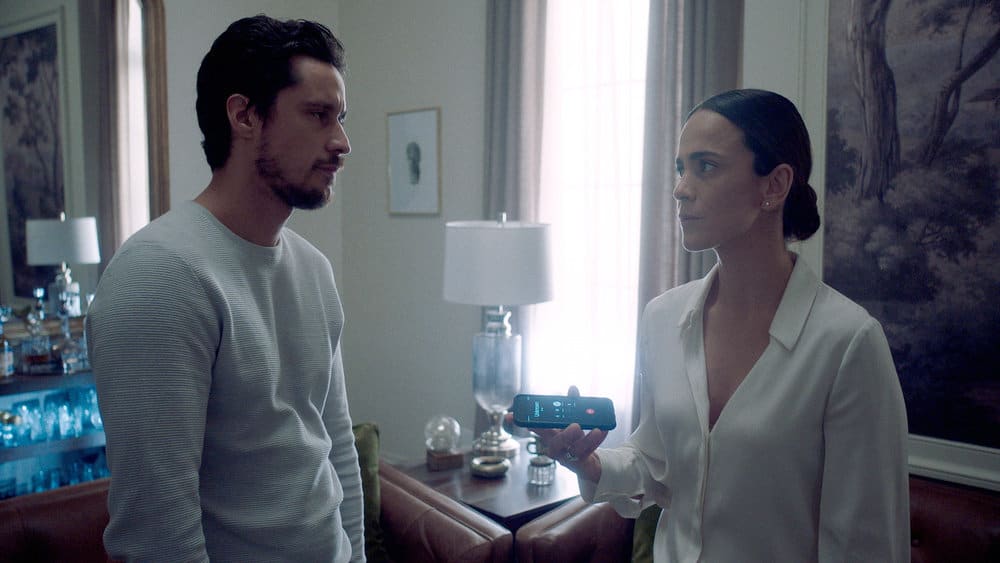 QUEEN OF THE SOUTH Season 5 Episode 8 Photos Everything I Touch – After Teresa puts her life on the line for Pote and Kelly Anne, the war with Boaz intensifies. s05e08 5×08 5.08 s5e8

QUEEN OF THE SOUTH tells the powerful story of Teresa Mendoza (Alice Braga), a woman who is forced to run from the Mexican cartel and seek refuge in America, and her eventual rise to power over her own drug trafficking empire. The original drama series is based on the global best-selling novel “La Reina Del Sur,” by internationally acclaimed author Arturo Pérez-Reverte. The literary page-turner also yielded a popular super series for USA’s sister network, Telemundo.