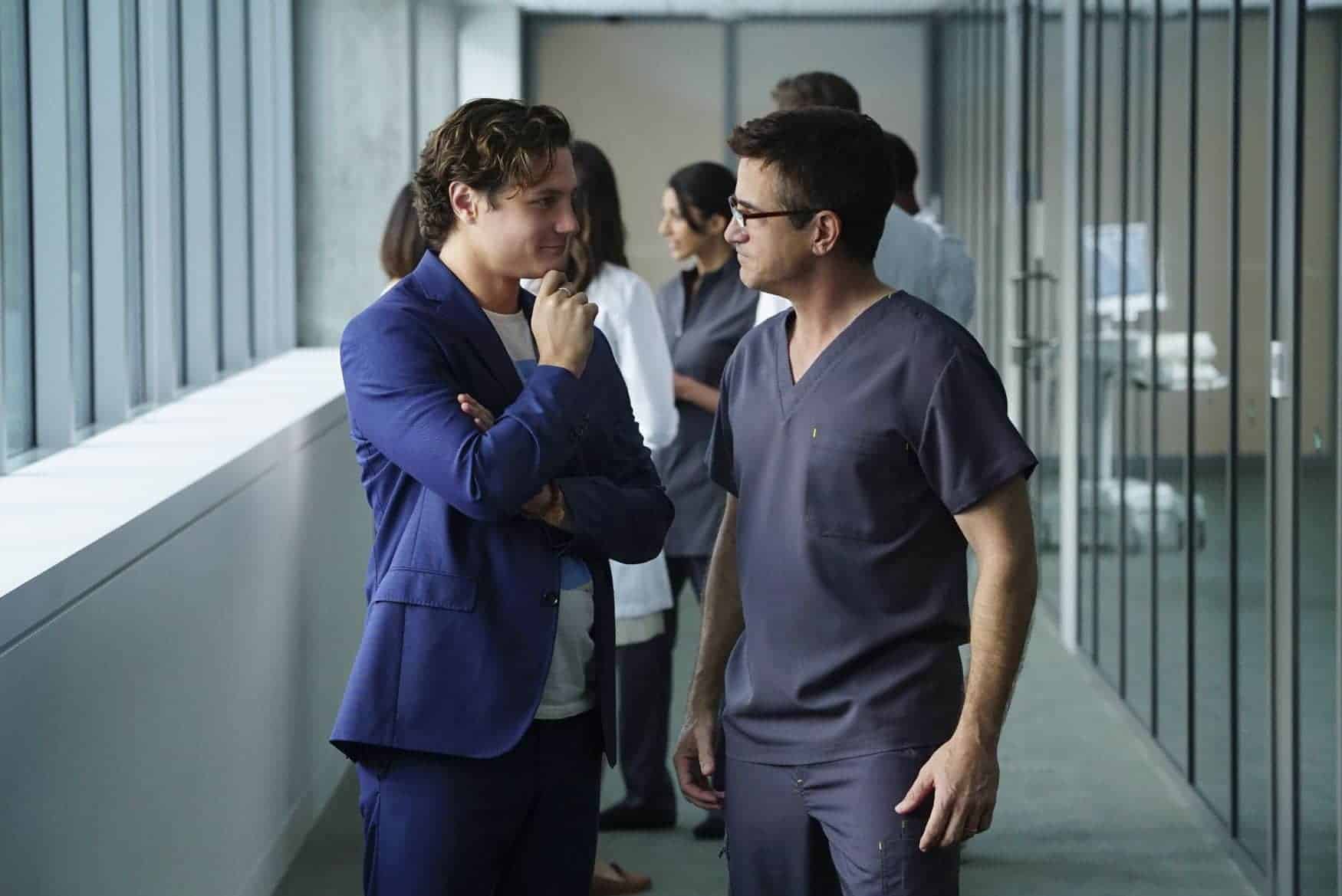 CBS’s latest drama shows us an idealized world. In PURE GENIUS, a very rich techie creates a hospital with the goal of allowing true, immediate innovation for the doctors who work for him. Or rather, with him, since while he is technically the boss, he strives to create an environment where everyone, from the CEO to the janitor, is on an even playing field and gets a chance to contribute. Will his experiment work? Or will it run up against harsh reality?

For ease of access, the pilot begins with the head of this organization, James Bell (Augustus Prew, The Village), inviting the well-respected, but beaten down, Dr. Walter Wallace (Dermot Mulroney, Shameless, My Best Friend’s Wedding), to come check out the facility. Touring, Dr. Wallace (and the audience) meets the young doc who struggles to be taken seriously, Zoe Brockett (Odette Annable, House), the physician fighting prejudice to help the ‘hood he hails from, Malik Verlaine (Aaron Jennings, Movie 43), the put-upon assistant, Angie Cheng (Brenda Song, The Suite Life of Zack and Cody), and more (Royal Pains’ Reshma Shetty and One Life to Live’s Ward Horton). So we have our diverse ensemble.

I am very torn on whether to give PURE GENIUS a positive or a negative review. This show has things going in its favor, and things working against it. So let’s break it down.

First, the good stuff. The series is enticing. It’s easy to get very excited about the concept, stymied as people are today by regulation, bureaucracy, and budgets. The hospital as presented here is a utopia for its staff, who have been given much freedom and lots of resources to work with, and a beacon of hope for patients. Find something experimental on the internet that no one is making yet? No problem, they’ll just acquire the company and have them work for them.

The stories are moving. Who doesn’t love a bunch of do-gooders devoting their lives to helping others? These people are self-sacrificing, brilliant professionals who, if they were real, could save all of our lives multiple times over before lunch. They celebrate their wins, and mourn their losses. On a show like this, there will be a lot more of the former than the latter, providing frequent emotional victories for both the characters and the viewers. It’s enjoyable, feel-good entertainment.

Now the stuff that’s not so good, starting with the previous positive point. It is emotionally manipulative. Sure, it pushes you to care for those on screen, but it’s often forced, calculated even. A team of number crunchers writing a script purely based on analytics of reaction could not have done a better job crafting a show to push all the right buttons at the right times. It’s too perfect in that regard, obvious in its attempts to elicit response.

PURE GENIUS is also incredibly cliché. From finding out why Bell really created the place, to the way in which patients are helped, to the forced temporary setbacks, it’s a very rote, predictable show. It does a decent-ish job of disguising its case-of-the-week structure with flash, and yet, those versed in modern television will recognize it right away. I wouldn’t expect much freshness out of PURE GENIUS, and we probably won’t get it.

So it’s hard for me to recommend or not recommend this one. I enjoyed the first episode, and am tempted to watch more. But I probably won’t because, in the era of peak TV, there are plenty of better shows out there. I can’t fault anyone who wants to watch this series, though, because I do feel the draw of it. Let’s call it a wash and say if you like medical procedurals, this is a fun one with a nice take, though it’s a bit repetitive in its formula.