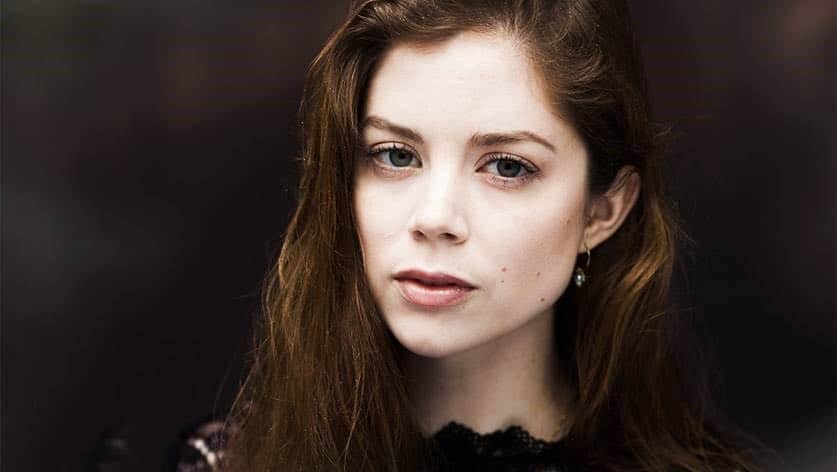 Starz, a Lionsgate company (NYSE: LGF.A, LGF.B), announced production has commenced on the STARZ Limited Series “The Spanish Princess,” the third installment following the Golden Globe(R) and Emmy(R) award-nominated STARZ Original Miniseries “The White Queen” and the critically-acclaimed STARZ Original Limited Series “The White Princess.” Produced by Playground and All3 Media’s New Pictures, the Limited Series is drawn from the global best-selling novels, The Constant Princess and The King’s Curse, written by Philippa Gregory. Returning to the world of Tudor royal court intrigue, “The Spanish Princess” is a powerful and epic story told uniquely from the point of view of the women, which also sheds light on a previously untold corner of history: the lives of people of color, living and working in 16th century London.

Acclaimed writer Emma Frost returns (STARZ Originals “The White Queen,” and “The White Princess,” “The Man in the High Castle”), along with the award-winning writer Matthew Graham (“Life on Mars,” “Electric Dreams,” “Dr. Who”), both serving as showrunners and executive producers. The first two episodes will be directed by Birgitte Stærmose (“Norskov,” Darling), as one of an all-female directing line-up.

Charlotte Hope (“Game of Thrones,” Three Christs) has been cast in the titular role as Catherine of Aragon, alongside Stephanie Levi-John (“Top Boy,” “Youngers”) as her lady-in-waiting and confidante, Lina de Cardonnes. Hope is perhaps best known for her role as Myranda in the HBO series “Game of Thrones,” and she recently appeared on ITV’s popular series “Endeavor.” On the feature side, Hope can currently be seen in Jon Avnet’s Three Christs, co-starring alongside Richard Gere and Peter Dinklage which premiered at this year’s Toronto International Film Festival. Her other work includes Robert Zemeckis’ Allied, James Marsh’s The Theory of Everything, and Ralph Fiennes’ The Invisible Woman, among others.

Promised in marriage to the future King of England Prince Arthur, played by Angus Imrie (“Hollow Crown,” “Kingdom”), Catherine is the source of curiosity, resentment and suspicion among her new family; the formidable Margaret Beaufort played by Dame Harriet Walter (“The Crown,” “Call the Midwife”), Laura Carmichael (“Downton Abbey,” “Marcella”) as Arthur’s guardian Margaret (“Maggie”) Pole, Ruairi O’Connor (“Delicious”) in the role of Arthur’s charismatic brother Prince Harry (who will become King Henry VIII), alongside his sister Margaret (“Meg”) Tudor played by Georgie Henley (The Narnia franchise, The Sisterhood of the Night) with Elliot Cowan (“Da Vinci’s Demons”) as King Henry Tudor and Alexandra Moen (“Fortitude,” “Dickensian”) as Queen Elizabeth. Philip Cumbus (“Girlfriends,” “The Importance of Being Earnest”) is Thomas Wolsey. When Prince Arthur dies shortly after their wedding, Catherine finds her future as Queen in question and at the mercy of a divided Tudor court under the threat of enemies both abroad and closer to home.

About Playground Playground is a New York and London based television, film and theatre production company founded in 2012 by award-winning producer Colin Callender. It is committed to producing smart, entertaining drama for the screen and the stage bringing together the finest US and UK talent from the worlds of theatre, film, and television.

Playground, in partnership with Sonia Friedman Productions, recently opened a production of the West End record-breaking hit two-part play Harry Potter and the Cursed Child on Broadway. Other current theatre productions include the Tony Award-winning best musical Dear Evan Hansen on Broadway and, in the West End, in partnership with Sonia Friedman Productions, Casey Nicholaw’s Dreamgirls.

About New Pictures New Pictures was established by Charlie Pattinson, Elaine Pyke, Willow Grylls and Richard Nelson in 2013 to produce television drama for all markets.

In its first years of operation New Pictures produced two seasons of the critically acclaimed The Missing for BBC One and Starz, and two seasons of Indian Summers for Channel 4 and WGBH.

In the last year, New Pictures productions have included crime thriller series Rellik (6×60’) for BBC One and Cinemax, supernatural drama Requiem (6×60’) for BBC One and Netflix, and The Innocents (8×60’); a shape-shifting love story for Netflix Originals. New Pictures goes into production on its latest series later this year – Catherine The Great (4×60’) for Sky and HBO – a sweeping historical epic starring Helen Mirren.

Between them, the executive team have produced or commissioned over a thousand hours of award winning drama for every major UK broadcaster and for HBO, Cinemax, WGBH, CBS, MTV and Showtime in the USA.