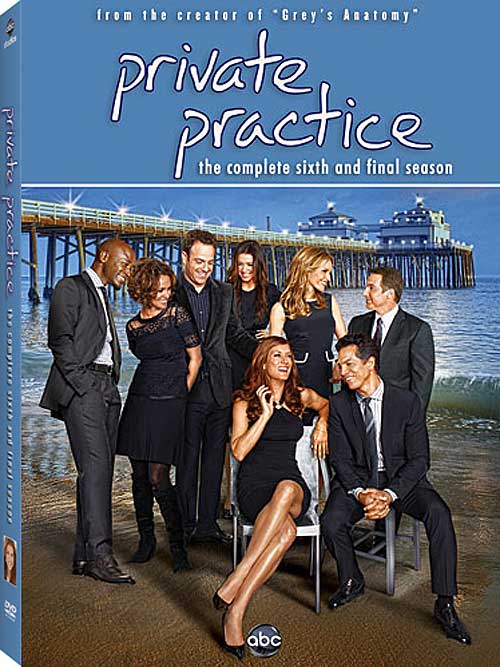 Addison and the practice are faced with challenges, joys and heartaches when loved ones are lost and new life begins. The team at Seaside Health and Wellness have gathered together for the final round of laughter, tears and unexpected moments in the most no holds barred season yet.

‘Saying Our Goodbyes’ – The cast and crew look back on their final days of shooting, and six years together.

Deleted Scenes – a deeper look into the drama of this unforgettable series.

Outtakes – hilarious and heartfelt moments from the set of the emotional final season.