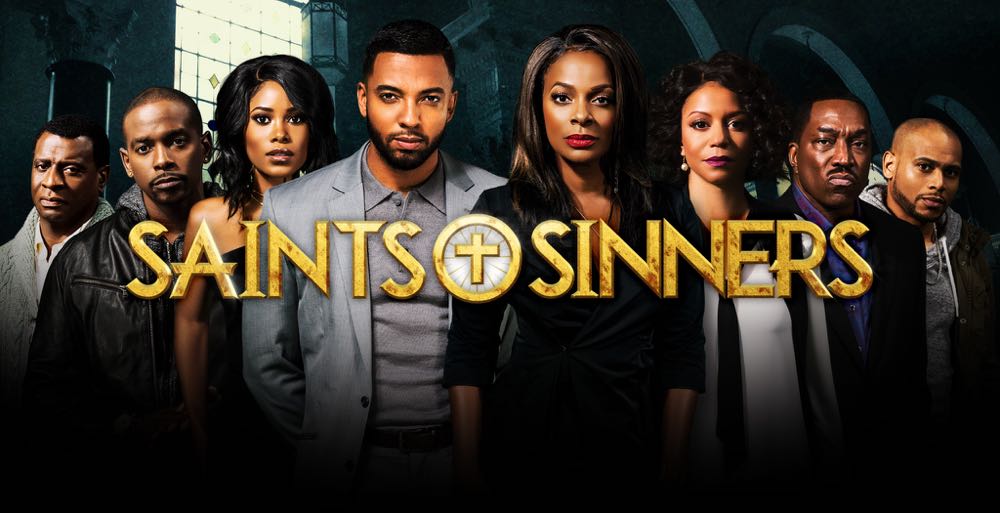 Shot on location in Atlanta, Saints & Sinners centers around the pursuit of power, intertwined with greed, deception, corruption and murder – all set against the backdrop of a large southern church. Saints & Sinners will be seen Sunday nights at 9:00 p.m. (ET) starting March 6.

In Saints & Sinners, Greater Hope Baptist Church is the heartbeat of Cypress, GA, a large southern town outside Atlanta. As times changed and Cypress grew, so did Greater Hope’s influence. With the return of a prodigal son and a shocking crime that rattles the core of the community, long-kept secrets, deceit, jealousy and compromising sexual affairs threaten to demolish the heart of the church and shatter the lives of those within it. For it seems at Greater Hope, only God and the Devil can tell the difference between a saint and a sinner.

Saints & Sinners is being produced in partnership with Swirl Film’s Eric Tomosunas (Undershepard, 35 and Ticking).

Bounce TV is the fastest-growing African-American (AA) network on television and airs on the broadcast signals of local television stations and corresponding cable carriage. The network features a programming mix of original and off-network series, theatrical motion pictures, specials, live sports and more.  Bounce TV has grown to be available in more than 93.5 million homes across the United States and 93% of all African American television homes, including all of the top AA television markets.  Among the founders of Bounce TV are iconic American figures Martin Luther King, III and Ambassador Andrew Young.