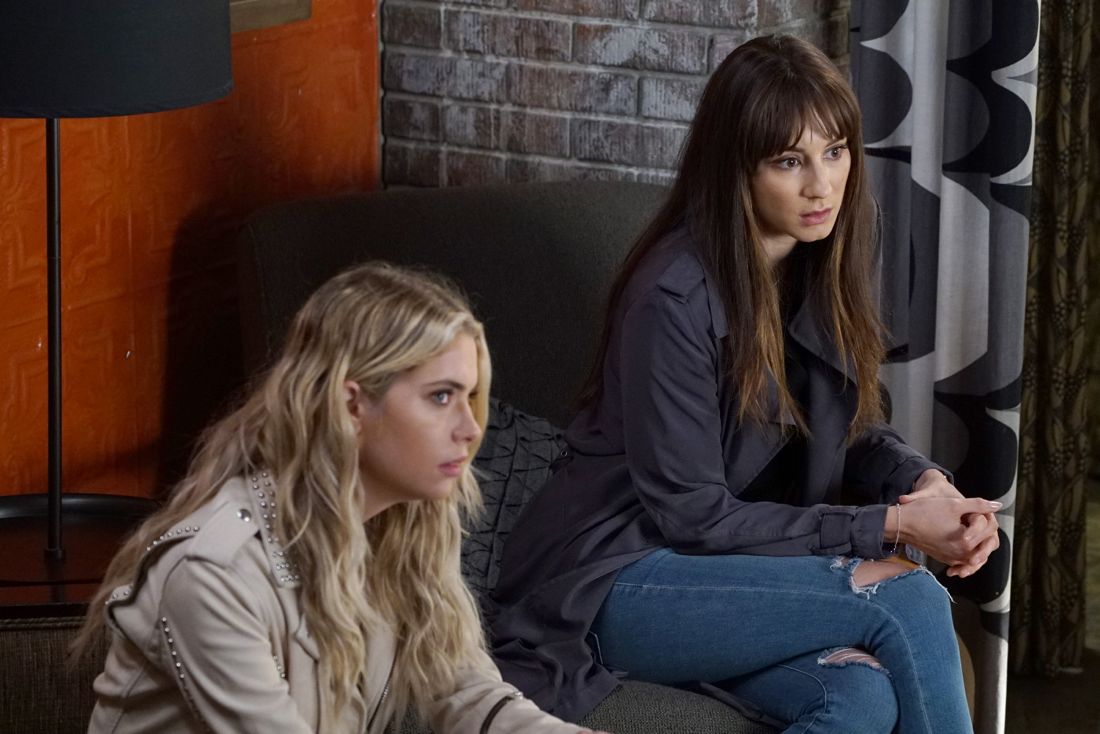 As the police gain new leads in Rollins’ disappearance, the Liars wonder if he really is dead while someone else meets his/her end, in “Wanted: Dead or Alive,” an all-new episode of Freeform’s hit original series “Pretty Little Liars,” airing TUESDAY, AUGUST 2 (8:00–9:00 p.m. EDT).

The Rosewood P.D. begins to unravel the Liars’ cover-up, which leads them to question Rollins’ death altogether. Hanna deals with an inward battle on whether or not to tell the cops the truth, while Ezria struggles with an awkwardness in their relationship. Jenna reveals part of her plot and a new partner she is in cahoots with. Ali learns that the Liars gave her up as Charlotte’s killer in order to free Hanna, which does not go over well.