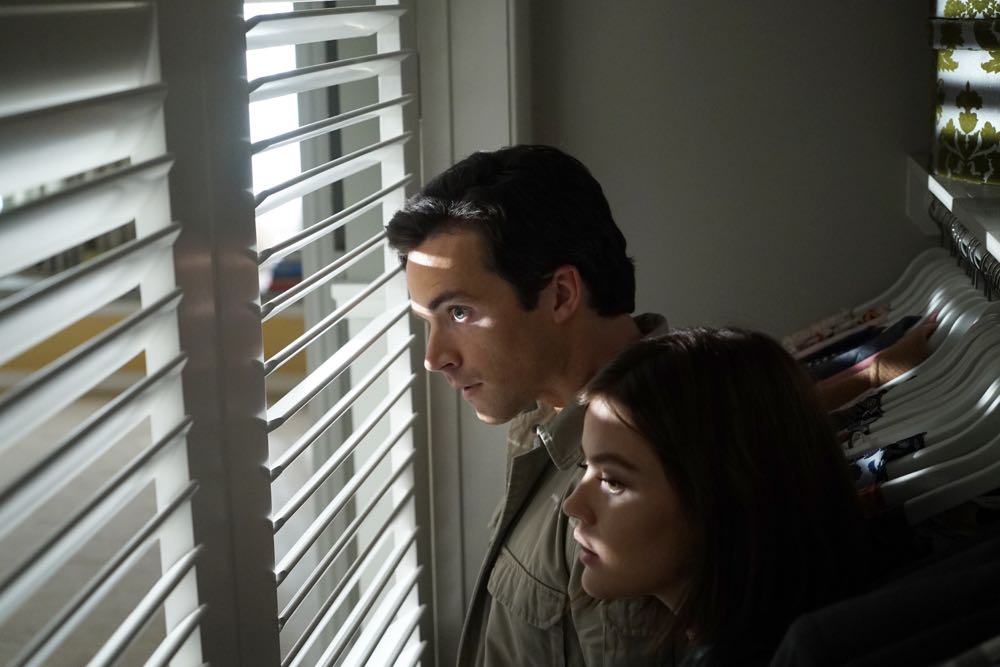 PRETTY LITTLE LIARS Season 7 Episode 1 Photos Tick-Tock, Bitches :  It’s life or death for one of the PLLs in “Tick-Tock Bitches,” the season seven premiere of Freeform’s hit original series “Pretty Little Liars,” airing TUESDAY, JUNE 21 (8:00 – 9:00 p.m. EDT). Fans can catch up on where the Liars left off with an all-day marathon of season six starting at 11:00 a.m. EDT and running up to the one-hour summer premiere at 8:00 p.m. EDT.

After Hanna’s shocking abduction by “Uber A,” the PLLs and company desperately race against the clock to save one of their own. The only way to do this is by handing over evidence of Charlotte’s real murderer to “Uber A.” In order to do so, the girls must decide what blatant lines they are willing to cross that they have never breached before; and once they cross that line, there is no turning back.