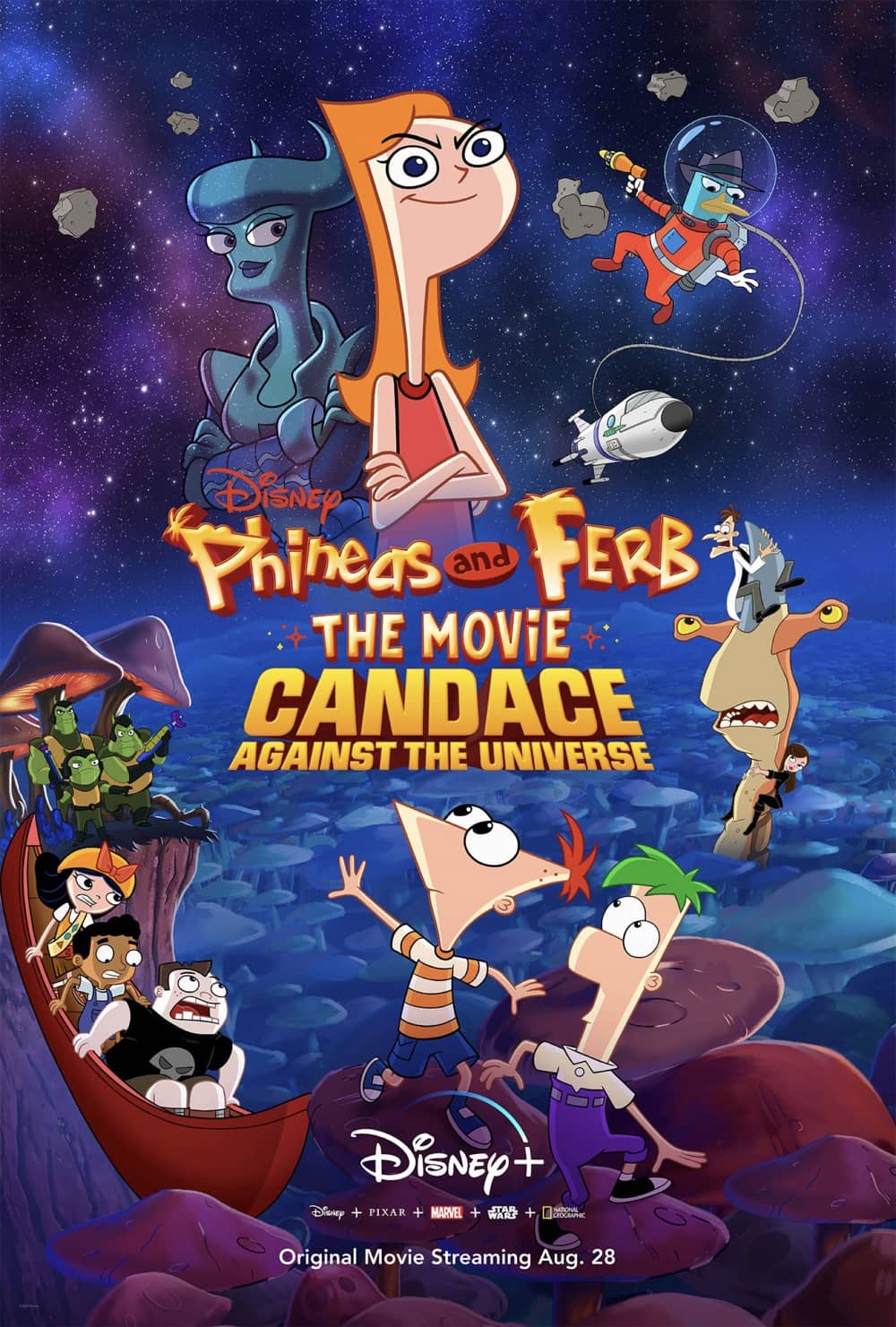 Today, Disney+ shared the trailer for its upcoming out-of-this-world original movie “Phineas and Ferb The Movie: Candace Against the Universe” which premieres on Friday, August 28.

“Phineas and Ferb The Movie: Candace Against the Universe” is an adventure story that tracks stepbrothers Phineas and Ferb as they set out across the galaxy to rescue their older sister Candace, who after being abducted by aliens, finds utopia in a far-off planet, free of pesky little brothers.