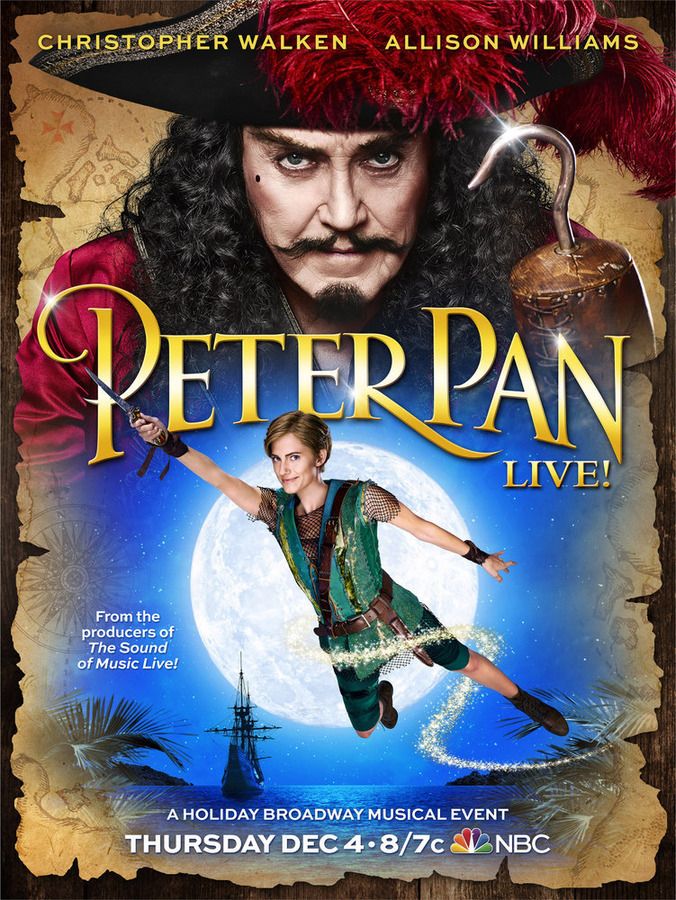 PETER PAN LIVE Poster : In the tradition of the very successful airing of “The Sound of Music Live!” in December 2013, NBC will present a new television production of the classic musical “Peter Pan” as a live telecast on Thursday, Dec. 4, 2014.

Multi-award-winning producers Craig Zadan and Neil Meron, who produced “The Sound of Music Live!” will again executive produce the production.

The story of Peter Pan is one of eternal youth, companionship and enduring loyalty. A mischievous boy who can fly and doesn’t age, Peter grew up without parents and spends his never-ending childhood on the enchanted island of Never Land where he is the leader of the Lost Boys. With the fairy Tinker Bell always at his side, he brings Wendy Darling and her brothers to Never Land on the biggest adventure of their lives and they encounter mermaids, fairies, pirates, and a dastardly villain named Captain Hook.