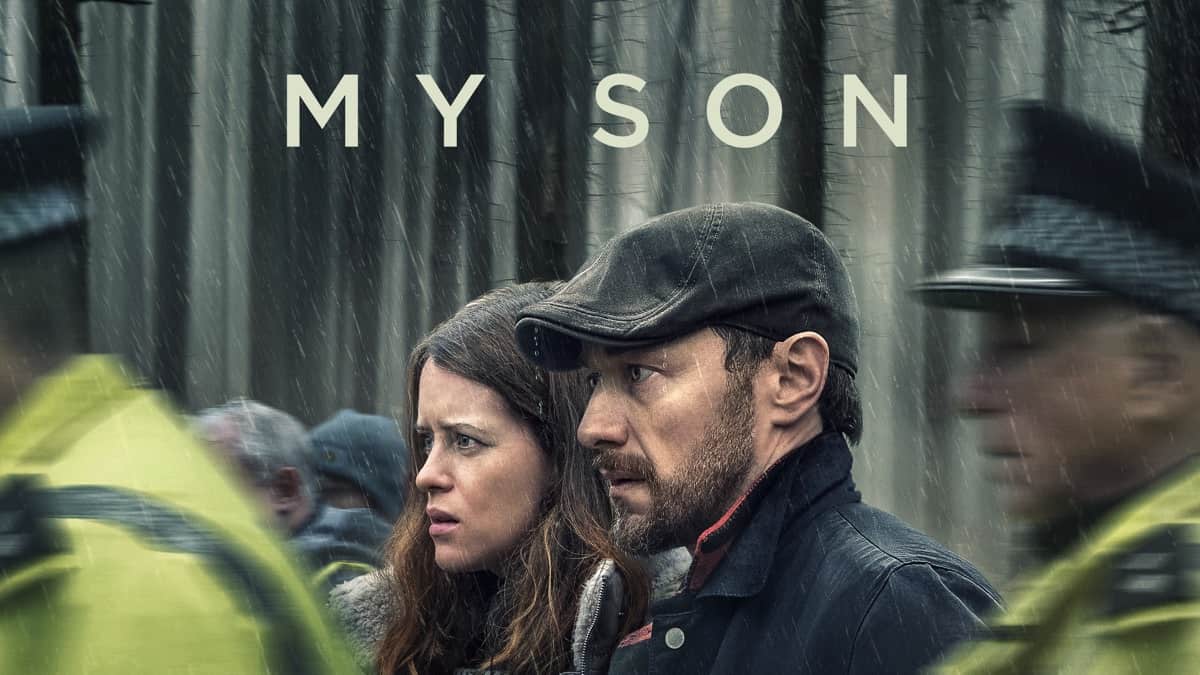 Peacock will exclusively premiere the missing-person thriller MY SON, starring James McAvoy and Claire Foy. The film, an English-language remake of the hit French thriller, will be available to stream for free starting Wednesday, September 15 on Peacock.

Driving in the heart of the Highlands, Edmond Murray receives a call from his ex-wife, in tears. Their 7-year-old son went missing from a campsite. Soon it becomes clear that the child was kidnapped and the parents give way to despair.

In MY SON, when a man’s (McAvoy) only son goes missing, he travels to the town where his ex-wife (Foy) lives in search of answers. To play a man whose life is clouded by mystery, McAvoy was not given a script or dialogue – as was the case in the French film; the character was aware of basic aspects of his story, and improvised and reacted to each moment as it unfolds. The rest of the cast and crew were aware of the scenes. Christian Carion directed the original film the same way, with his lead star improvising the role.

MY SON is directed by Christian Carion, who also directed the French film, and was written by Carion and Laure Irrman. The film is produced by Carion, Laure Irrman for Une Hirondelle, Vincent Maraval and Brahim Chioua for Wild Bunch International, Rebecca O’Brien for Sixteen Films, and Marc Butan for Mad River Pictures.

Peacock acquired rights to MY SON from STXfilms.