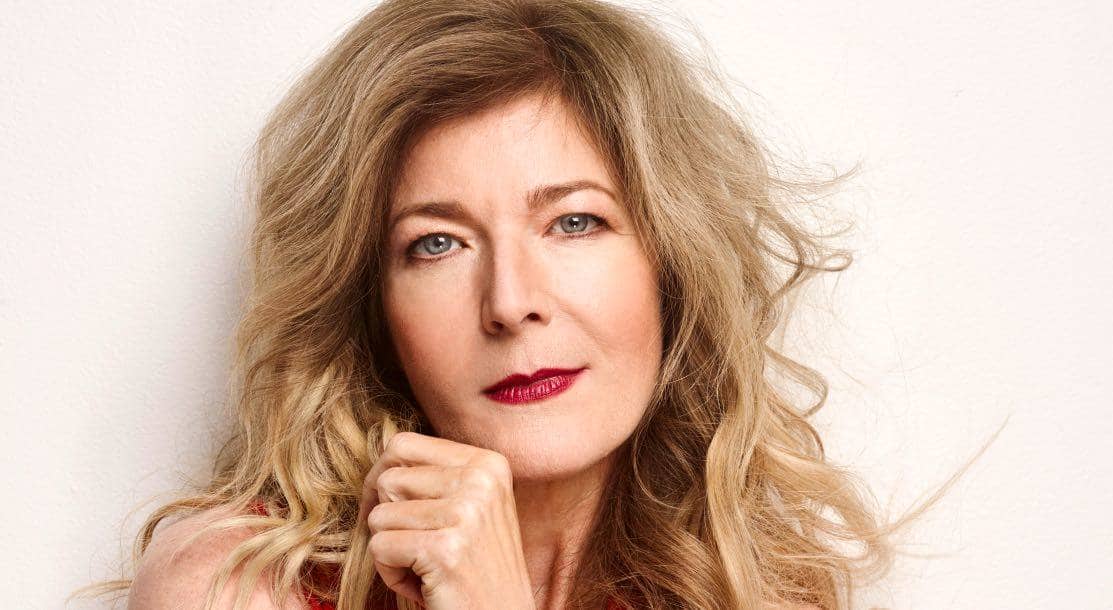 With an air of ferocity, it is easy to see the vital spirit that inhabits the character of Shurn in the WGN America series OUTSIDERS. It is to Tina Alexis Allen’s credit that we not only see her character’s layered depth of emotion, we also feel it; and making her presence felt on screen is a remarkable feat when among an ensemble cast as strong as displayed in OUTSIDERS.  Perhaps it was from her years on the basketball court followed by her time as a fashion executive, but Tina innately understands the value of precision timing and presence. She also knows how to make a visual appeal without words.  So it is no surprise that all of her variety of experience and talent is perfectly showcased in OUTSIDERS.  In an exclusive interview, Tina shares a bit about her OUTSIDERS character and the appeal of such a visceral character at this point in her rich career.

What initially appealed to you about the role of Shurn and working on the OUTSIDERS?
TINA:  The idea of a woman living completely off the grid her entire life – no phone, no TV, no appliances – was incredibly appealing. Things occur to Shurn viscerally, instinctively – from a very primal place.  Playing someone like that is incredibly exciting.

How would you describe who Shurn is at her core, particularly this season and all she has suffered and witnessed?
TINA:  Shurn is a feisty, outspoken woman with a keen sense of right and wrong, an advocate for justice. Having lost the most important thing in the world – her only child, Shurn operates from ‘I got nothing to lose.’

What do you most admire and/or like about Shurn?
TINA:  Shurn is fearless and one of the few people on the mountain who isn’t afraid of Big Foster (David Morse) , or anyone for that matter. I love her protective quality when it comes to her family and also, how raw and vocal she is.

How would you describe where Shurn’s journey has taken her this season?
TINA:  Shurn is still less than a year from losing Tice (Danny Mooney), her son, and so she’s still mourning but functioning better. I’d say she’s angry now, and is hell bent on making sure no  more of her family members die.

Do you think that Shurn has any regrets at how things have turned out for her and her clan?
TINA:  Death is not unheard of when you live in the mountains like the Farrells have, just surviving the elements is a challenge. But when the young lose their life, I think that rips at Shurn’s core. There are young people that die in Season 2 and it ignites a regret and second guessing about what she could have done different to protect her son from losing his life.

What is it like working with Gillian Alexy, David Morse, Ryan Hurst, and Kyle Gallner? Has there been a favorite scene working with each of them?
TINA:  The cast is amazing, just an incredible ensemble. Much of my conflict comes with David Morse (Big Foster) because I’ve held him responsible for the death of my son. There may not be anyone more fun to do conflict with than David, we’ve had a number of spats. In fact, in Episode 4, Big Foster refers to me as being a “beetle up his backside” This season I also got to have some great scenes with Gillian – a fantastic actress – now that she’s Bren’in. This season I had less encounters with Ryan and Kyle’s characters because they both spend a lot of time off the mountain

What has been your favorite part about working on this project?
TINA:  The people – cast and crew – are lovely and so incredibly talented. And also, since Shurn lives on the mountain, so many of my scenes take place outside and to film in the middle of nature is an extra perk.  Night shoots can be rough but when you are completely surrounded by giant trees, under the moon and stars, you know you are blessed.

What do you think you have learned from portraying Shurn?
TINA:  I’ve learned that when you are living a life from a place of survival, all manners go out the window

At this stage, what has been the one thing you as an actor have taken away from working on OUTSIDERS?
TINA:  I’m constantly reminded how much fun it is to give oneself over to every moment whether I’m speaking or listening or just in the background feeding a pig. Make believe is really joyful.

What do you hope viewers take away from watching OUTSIDERS Season 2?
TINA:  The thrill of surprises.

At this stage of your career, what do you think you have learned from the amazing variety of roles and projects you have worked on?
TINA:   believe that for every role I get, there is something in that character for me to understand and grow from. Usually, it’s something within myself that I need to explore and embrace. I believe the role comes to me as an opportunity to grow as a human being, not just an actor.

Then what are the perks of where you are in your career right now?
TINA:  Well, I’m writing screenplays on assignment as well as acting and those two hats really serve each other well. Also, being able to connect with a fan base is a blast. (On Twitter, she can be reached at @tinaalexisallen)

If there were one role you would like to revisit, which would it be and why?
TINA:  Great question, but actually I am all about moving forward, so not sure I’d revisit any of them.

Has there been any great advice you have gotten?  What advice would you offer to other upcoming and aspiring actors?
TINA:  My advice is study, train, and embrace the work as an opportunity to grow as a human being. A teacher once told me, “acting is giving” And that is something that never leaves me. My job is not about what I’m going to receive, it’s about giving, it’s about serving.

Do you have any other upcoming projects that you can share that fans should keep an eye out for?
TINA:  I’m going to be acting in a film called “Red Carpet” – a sort of modern day psychological thriller with elements of “All About Eve.”  I also have a childhood memoir being published by Harper Collin’s Dey Street and it will be out winter 2018.  And I’m currently writing a feature script called “Park Avenue” with director, Gaby Dellal.

Outside of your acting, you simultaneously have the Gina Raphaela NO MORE VIOLENCE jewelry collection in support of the Stop Violence Against Women and Gun Sense In America.  How did that project come about and what do you hope to achieve with it?
TINA:  I co-founded the Gina Raphaela No More Violence Collection with artist and designer, Gina Raphaela to promote peace and raise awareness of the need to stop senseless violence. Our tagline is Where Fashion meets Compassion. We give partial proceeds to non-profits that support a mission of peace, selling online at Gina Raphaela Jewelry as well as at Barneys.com

At a time when women’s voices are rising to be heard and respected around the country and world, what do you recommend your fans do to lend support in that endeavor?
TINA:  The Dali Lama once said “The world will be saved by Western women.” I think that’s worth considering and asking oneself how am I contributing to making the world a better place for all. That said, it’s especially important that men engage and understand that by empowering their wives, sisters, daughters and granddaughters they are making the world a more compassionate and inclusive place. It’s really as simple as valuing everyone because after all we are all one.

To see whether the fate of the Farrell clan lives within the power of its women in Season 2, be sure to tune in for all new episodes of OUTSIDERS on Tuesday nights at 9:00 p.m. on WGN America. Then to see more of Tina’s incredible work, keep an eye out for her upcoming film “Red Carpet” and her memoir coming out in 2018.