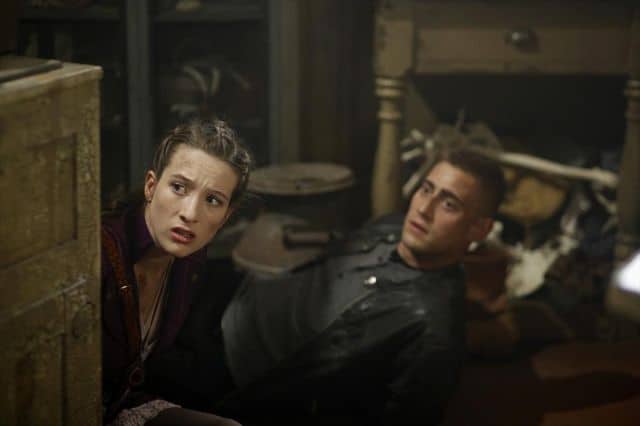 ONCE UPON A TIME IN WONDERLAND Season 1 Episode 3 Forget Me Not Photos : ONCE UPON A TIME IN WONDERLAND – “Forget Me Not” – In a flashback, viewers are introduced to Will Scarlet, who turns out to be the nifty Knave of Hearts. Will has joined Robin Hood’s Merry Men and convinces them to steal gold from Maleficent’s castle before also pilfering an enchanted looking glass for himself that comes with a hefty consequence. Meanwhile in Wonderland, Cyrus successfully tricks Jafar and the Red Queen into sending a Bandersnatch after Alice who in turn exposes something the White Rabbit has been secretly hiding, on “Once Upon a Time in Wonderland,” THURSDAY, OCTOBER 24 (8:00-9:00 p.m., ET) on the ABC Television Network.