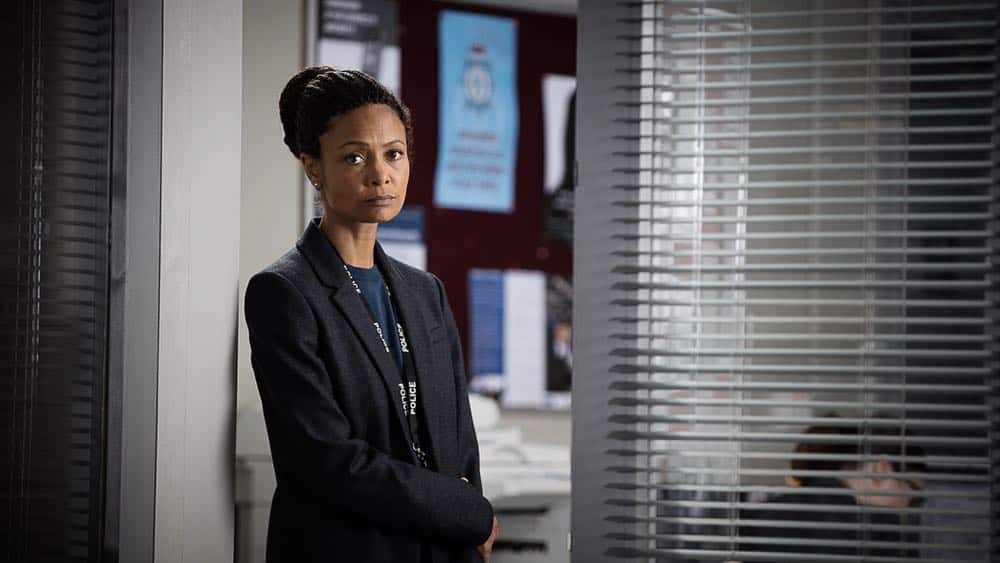 New six-part Swedish crime drama about a doctor and a teacher approaching retirement who decide to secure their futures by doing something drastic; robbing a bank. Jenny Bengtsson is a teacher living in Kalmar, Sweden, struggling to stay afloat during her divorce. Her best friend, Doctor Cecilia Stensson, has financial problems after failed investments in the stock market. Every day they’re forced to take rudeness from students, parents, patients and bosses who all expect them to give more than they’re able to. They’re tired of women always being the ones stuck between family and career and constantly having to struggle to make ends meet. When they both realize that the future is anything other than bright, they decide to do something drastic, insane actually – to rob the main branch of the Stockholm Bank. Raising questions like how are they supposed to drive a getaway car with a drunk teenager in the backseat? What’s the best way to commit breaking-and-entering when you have your grandkids with you? And how do you poison an entire biker gang? (6 EPS)

ELIZABETH I AND HER ENEMIES (Docu-drama)

From her first breath, Elizabeth I had enemies. She fought hard for her crown and even harder to keep it, as Catholics, Protestants, foreign powers and scheming nobles sought to topple her. She spent much of her life looking over her shoulder for the next assault on her throne. Historians Suzannah Lipscomb and Dan Jones lead us through this heady tale of jealousy, treachery, ambition and tragedy as Lily Cole (Snow White and the Huntsman) plays Elizabeth in the key clashes that shaped our greatest queen. The series aired on Ovation in the U.S. and Channel 4 in the U.K. in 2017 (3 EPS)

BBC documentary focuses on the fascinating heroines who fought for women’s equality. Historian Amanda Vickery (The Story of Women & Art) takes viewers on a journey to uncover the centuries-long struggle for women’s equality in Britain. From Queen Victoria and her progressive views on women’s rights to Emmeline Pankhurst and her suffragettes, Vickery reveals the long-forgotten heroes and heroines who dedicated their lives to the cause of equality for men and women. (3 EPS)

“A satisfying, funny and touching redemption fable…This Heart Guy is a heartthrob for sure, and the show’s another fine and entertaining discovery by Acorn.” –TV Guide

Acorn TV’s must-see Aussie medical dramedy returns. Called Doctor Doctor in Australia and akin to an Aussie Doc Martin with its fish-out-of-water premise and eccentric characters, the series follows a charming and genius doctor (Rodger Corser, Glitch, The Doctor Blake Mysteries) forced to return to his hometown and become a local doctor after his personal life spins out of control. In Series 3, the doctor’s probation is up so he can return to Sydney, but a tragedy strikes the Knight family, making it harder for him to abandon Whyhope than ever. (10 EPS)

Daniel Craig (James Bond) stars in this riveting 1999 drama that follows a group of young British soldiers stationed on the Western Front during World War I. Directed by novelist William Boyd and featuring an outstanding supporting cast including James D Arcy(Homeland, Agent Carter), Cillian Murphy (Batman Begins, Peaky Blinders), and Ben Whishaw (A Very English Scandal, London Spy, The Hour), The Trench is set on the eve of the devastating Battle of the Somme. (Feature-length)

The final season of the popular British crime drama starring Robson Green (Grantchester, Strike Back, Touching Evil) as a psychologist who gets inside of the minds of both killers and victims to aid the police in solving gruesome serial killings in Northern England. Co-starring Simone Lahbib (Loch Ness) (8 EPS)

Emmy®-nominated actress Ashley Jensen (Catastrophe, Extras, Ugly Betty) returns in the adaptations of MC Beaton’s best-selling novels. The series follows a London PR whizz turned amateur sleuth, who becomes entangled in mischief, mayhem, and murder when she opts for early retirement in the country. The Wizard of Evesham follows Agatha Raisin returning from Cyprus with a broken heart, a frizz from hell and in need of a renewing pick me up. The local ladies all deem Mr. John a to-die-for wizard, so Agatha makes a beeline for the handsome Evesham hairdresser. And as well as sorting out her hair it soon becomes clear the charming man also has designs on her heart – but their future together is cut short when a murderer strikes at the busy salon. Agatha places her life in jeopardy to bring the killer to justice and once again Agatha finds herself embroiled in a murder case. Was it one of Mr. John’s many customers, all of whom divulged to him their darkest secrets? The first TV movie of three in production follows the 2016 pilot and 8-episode Series 1. More movies in Dec. and Jan. (TV Movie)

In this delightful series, renowned British actress Dame Penelope Keith (To the Manor Born) travels through Britain’s charming villages to uncover what makes these places so unique and special. Armed with her beloved vintage ‘Batsford’ travel books, Penelope explores the rich artistic, literary and royal histories of each region, discovers how time has changed village communities, and seeks out quirky local traditions which continue to this day. From county shows and village fairs to fertility dances and ancient ceremonial gatherings, she seeks out the community heartbeat of each village. (2017, 3 EPS)

“Thandie Newton is a revelation” –The Guardian

“More nerve-shredding than Broadchurch. More twists than Prime Suspect. As a brilliant whodunit…

Is Line of Duty the best cop show EVER?” –Daily Mail

From creator Jed Mercurio’s (Bodyguard), one of BBC’s highest rated series features 2018 Emmy® winner Thandie Newton (Westworld) along with series regulars Martin Compston (The Great Train Robbery), Vicky McClure (Broadchurch, The Secret Agent), and Adrian Dunbar (Ashes to Ashes, Blood). Under the intense scrutiny of her superiors, Roz (Newton) and her team track down and charge a suspected serial murderer. But when the chief forensic investigator (BAFTA winner Jason Watkins) begins to doubt the young man’s guilt, he seeks the help of AC-12, believing that Roz could be ignoring key evidence in order to close the career-defining case. As suspicions against Roz mount and the case becomes ever more complex, AC-12 itself comes under threat. (6 EPS)

Painting a compelling picture of modern-day life, Run is an original four-part drama that weaves together the stories of four seemingly unconnected people facing life-changing decisions in a world where every choice is a luxury. The series stars Olivia Colman (Rev),Katie Leung (Harry Potter, Wild Swans), Lennie James (Line of Duty, The Walking Dead), and Katharina Schüttler (The Promise). Raw and uncompromising, but full of humanity and hope, Run is a powerful take on inner city life and how every choice we make has consequences for those around us. (2013, 4 EPS)

About Acorn TV: Called a “glorious streaming service… an essential must-have” (The Hollywood Reporter) and “Netflix for the Anglophile” (NPR), Acorn TV continues to curate the very best in international television and remains North America’s largest streaming service for international television. Emmy®-nominated Acorn TV adds exclusive new programs every week and features a deep library of mysteries, dramas, and comedies with no set end dates. Subscribers can stream many of their favorite international series and discover new and classic programs previously unavailable to U.S. audiences. Acorn TV is available via Apple TV, Roku, iOS, Chromecast, Android, among many other devices and offers a free trial and thereafter is just $4.99/month or $49.99/year. Facebook: OfficialAcornTV – Twitter @AcornTV