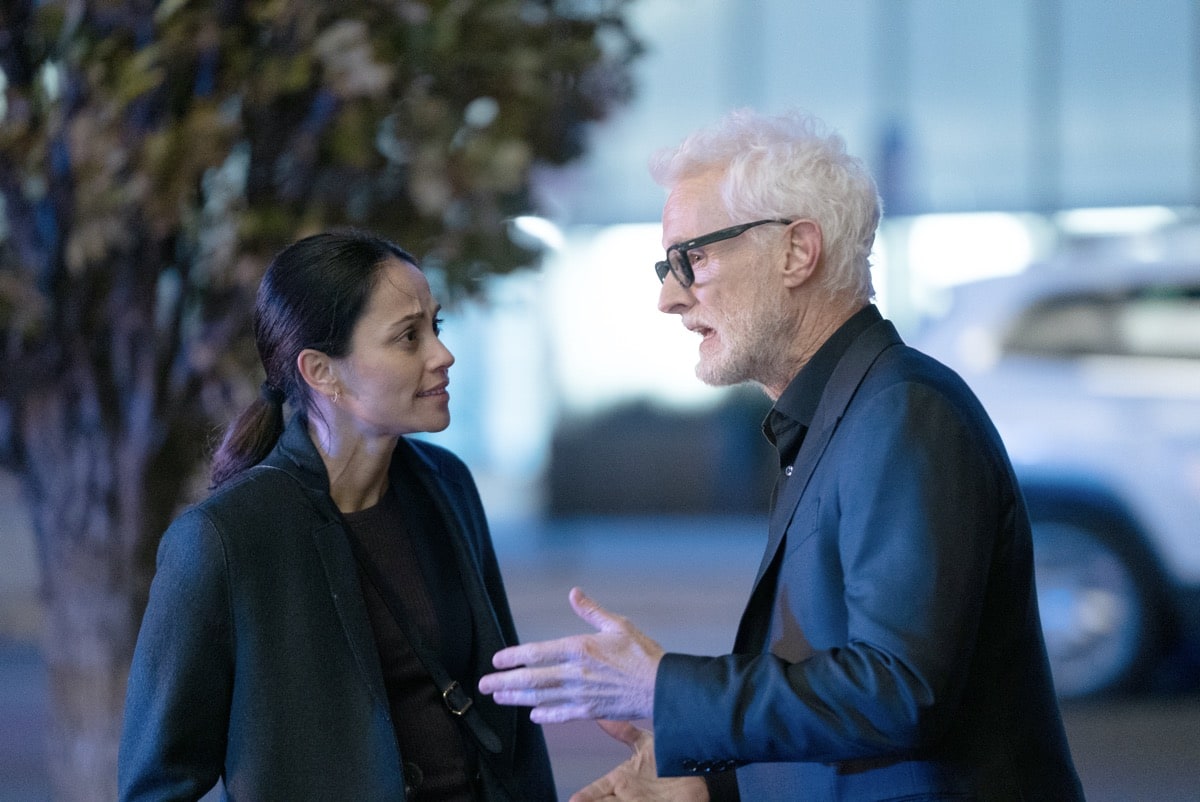 NEXT Season 1 Episode 2 Photos FILE #2 – After being mishandled by a Zava employee, the A.I. called NEXT escapes the confined servers of its home company and gains internet access. When Ethan’s bullying intensifies, he reveals that Iliza has been persuading him to seek revenge. Concerned about her son, Shea recruits Paul and her co-workers C.M., Gina and Ben to help use Ethan’s connection with Iliza to track NEXT’s possible location. Meanwhile, Paul tries to rekindle his relationship with his daughter, Abby, and grapples with the onset of his health condition in the all-new “FILE #2” episode of NEXT airing Tuesday, Oct. 13 (9:00-10:00 PM ET/PT) on FOX. (NEX-102) (TV-14 D, L, V)