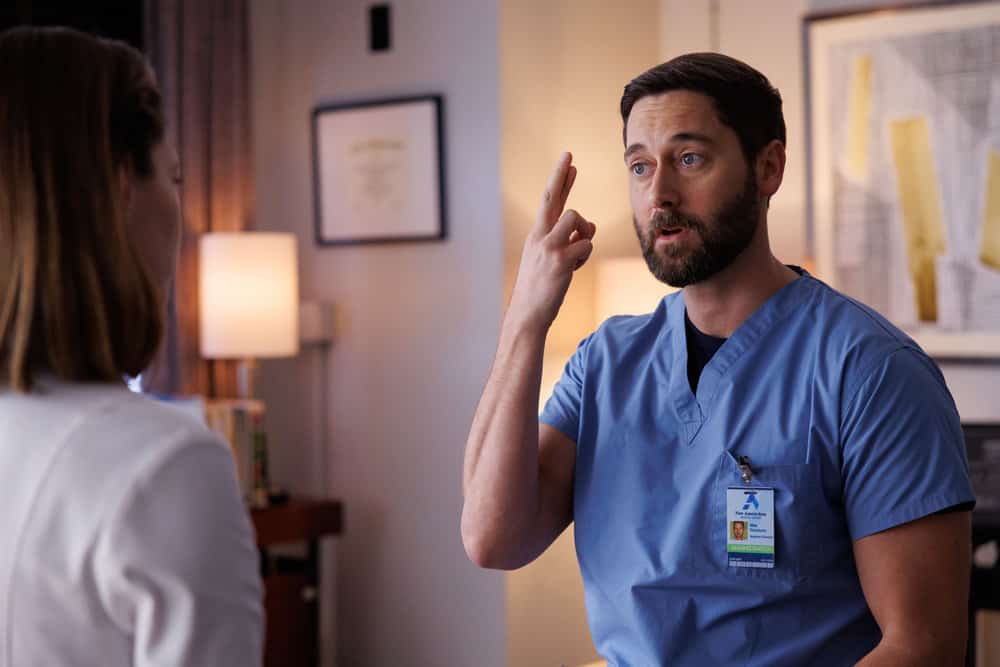 NEW AMSTERDAM Season 5 Episode 10 Photos Don’t Do This For Me 11/22/2022 (10:01PM – 11:00PM) (Tuesday) : Reynolds finds himself caught between a chance for love and an opportunity to spend precious time with his father. Realizing the consequences of her actions, Bloom makes an unexpected move forward with her sister. Max helps an ICU intern struggling with the loss of a patient. Dr. Wilder receives an offer that forces her to choose between her community and her career. s05e10 5×10 5.10 s5e10

After a tumultuous year in which the leadership of New Amsterdam underwent dramatic change, the idealistic and beloved Max Goodwin is back at the helm.

As Max takes back the reins at New York City’s busiest public hospital, he must first address his own personal life, which was thrown into uncertainty at the conclusion of season four. Max and the team will forge ahead with optimism and a renewed commitment to their own lives – reaching for more joy and forging deeper connections with the people they love.

Finally, Dr. Elizabeth Wilder, who joined the staff last year, will continue to build on her firm foundation as a critical member of the New Amsterdam team and a vital friend and confidante.

NEW AMSTERDAM Season 5 Episode 6 Photos Give Me A Sign