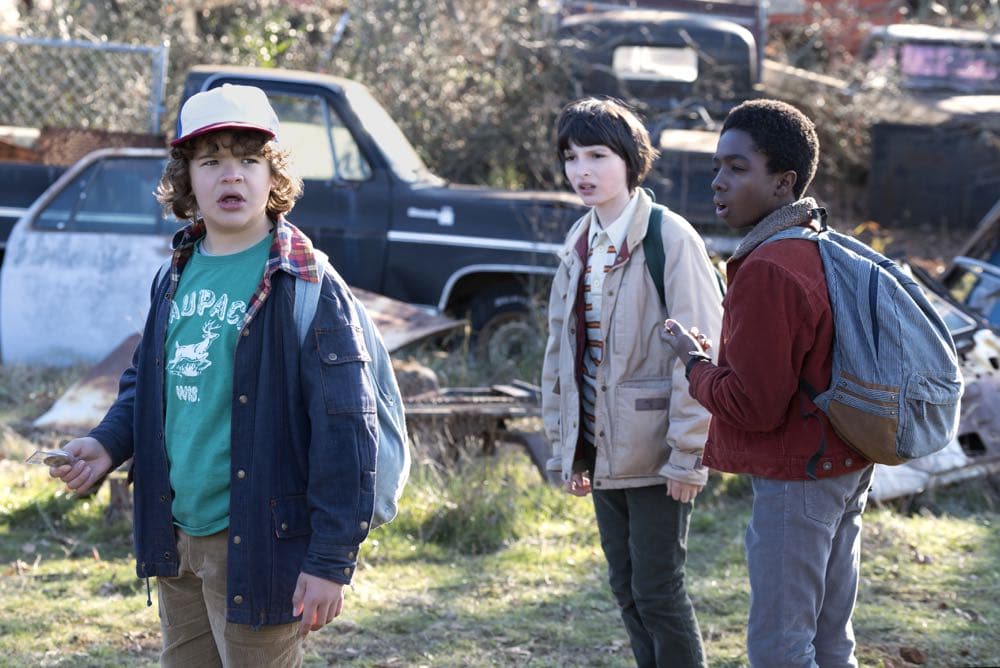 A love letter to the ’80s classics that captivated a generation, Stranger Things is set in 1983 Indiana, where a young boy vanishes into thin air. As friends, family and local police search for answers, they are drawn into an extraordinary mystery involving top-secret government experiments, terrifying supernatural forces and one very strange little girl.

● The composers of the Stranger Things soundtrack (Michael Stein and Kyle Dixon) were two members of an Austin synth band called SURVIVE; their music was featured in the soundtrack of the film The Guest. This is how the Duffers initially discovered them. Michael and Kyle both quit their day jobs in order to work on the show.
● The composers (Michael Stein and Kyle Dixon) have written over 13 hours of music for the show.
● The title sequence was inspired by the work of Richard Greenberg, who designed a number of classic 80s title sequences (including A lien, A ltered States, Superman, and T he Goonies) .