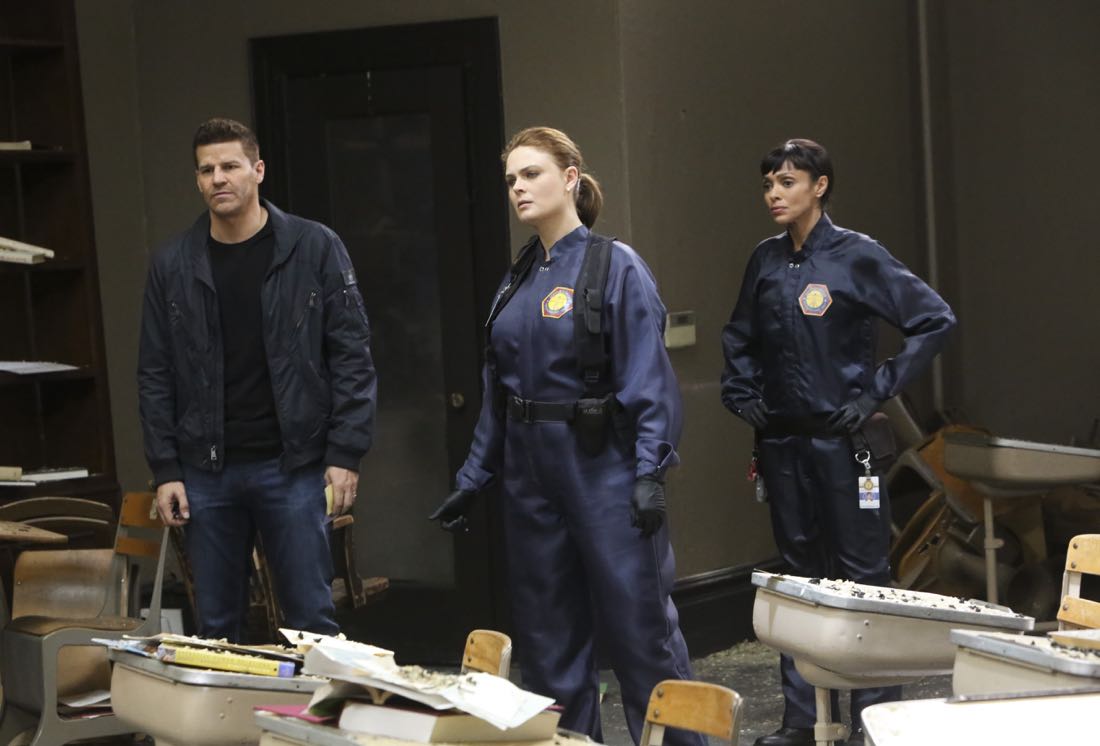 The team dives back into investigating a serial killer from the past, attempting to find “The Puppeteer,” who lives with his victims’ bodies before disposing of them. Meanwhile, Brennan works through her guilt over her retirement last year, blaming herself for not stopping the serial killer earlier. However, little does she know she might be in some trouble of her own in the all-new “The Nightmare in the Nightmare” season finale episode of BONES airing Thursday, July 21 (8:00-9:00 PM ET/PT) on FOX. (BON-1122) (TV-14 D, L, V)