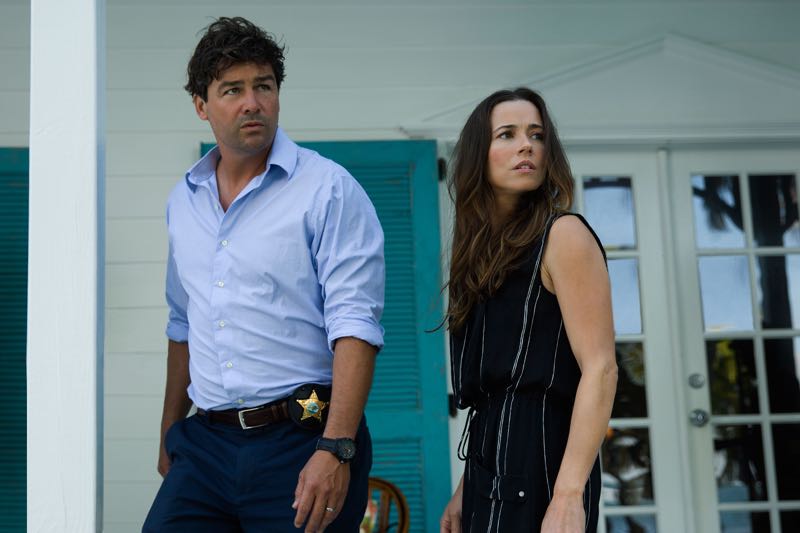 Netflix has ordered a third season of the Netflix original series, Bloodline, from creators Todd A. Kessler, Daniel Zelman and Glenn Kessler (“KZK”), a dramatic thriller that centers on a family of adult siblings whose secrets and scars are revealed when their black sheep brother returns home. Produced by Sony Pictures Television, the ten episode third season starring Kyle Chandler, Sissy Spacek, Ben Mendelsohn, Linda Cardellini, and Norbert Leo Butz will return to Netflix in 2017. Seasons one and two are currently streaming on Netflix in 4k.

“Todd, Daniel, and Glenn have created a riveting family saga featuring one of the most talented ensembles in the history of television. We can’t wait to see what the next chapter holds for the all-too-human Rayburns,” said Cindy Holland, Vice President of Original Content at Netflix.

The Emmy®, Golden Globe®, and WGA nominated dramatic thriller explores the demons lurking beneath the surface of a contemporary American family. In Bloodline, the Rayburns are hard-working pillars of their Florida Keys community, but their past contains dark secrets that they hope remain buried. Paranoia and mistrust build as lies pile up, alliances are shattered, and an unthinkable crime takes place. The tight-knit family’s formerly harmonious relationship deteriorates, and good people are forced to consider doing very bad things.

About Netflix
Netflix is the world’s leading Internet television network with over 81 million members in over 190 countries enjoying more than 125 million hours of TV shows and movies per day, including original series, documentaries and feature films. Members can watch as much as they want, anytime, anywhere, on nearly any Internet-connected screen. Members can play, pause and resume watching, all without commercials or commitments.