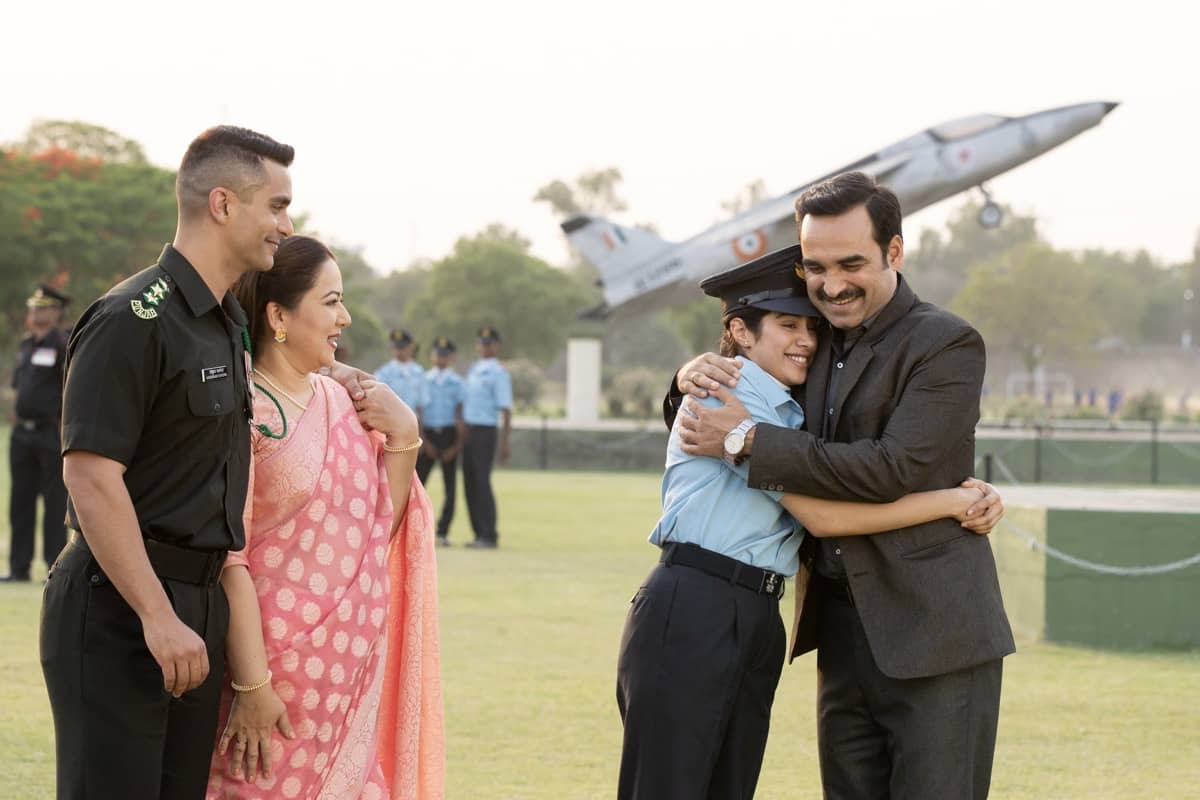 Netflix today released the trailer of its much-awaited original film, Gunjan Saxena: The Kargil Girl, which is set to release on the service on August 12, 2020. Inspired by true events, the film takes you on Gunjan Saxena’s journey through family, dreams and determination, as she became India’s first female Air Force officer to fly in a combat zone during the 1999 Kargil War. Capturing the essence of her life, Gunjan Saxena: The Kargil Girl is an ode to her dedication towards achieving her dreams.

Gunjan Saxena: The Kargil Girl will premiere exclusively on Netflix on 12th August 2020.

About Gunjan Saxena: The Kargil Girl

The true story of Flight Lieutenant Gunjan Saxena, India’s first woman Air Force Officer in a combat zone, and fought every obstacle that came her way to make her dreams come true.

For the latest news, updates and entertainment from Netflix India, follow us on IG @Netflix_IN, TW @NetflixIndia and FB @NetflixIndia

Dharma Productions is a leading Indian film production and distribution company. Owned by Karan Johar, the company was founded by his father Late Sri Yash Johar in 1976, with its first production venture titled ‘Dostana’ starring Amitabh Bachchan. Since Karan Johar’s directorial debut film ‘Kuch Kuch Hota Hai’, the company has gone on to produce more than 40+ films which includes series of blockbusters and critically acclaimed films like “My Name is Khan, Kabhi Khushi Kabhie Gham, Yeh Jawaani Hai Deewani, Agneepath, The Lunchbox, Baahubali , Raazi and Kesari. In its recent past, Dharma Productions has earned a name in the industry for launching a fresh talent pool of directors, together with rising stars such as Alia Bhatt, Sidharth Malhotra, Varun Dhawan, Janhvi Kapoor, Tara Sutaria & Ananya Panday. Today, Dharma Productions is the most sought after production house in the country, and is constantly aiming at creating new benchmarks in the Indian film industry

Zee Studios, a subsidiary of ZEEL, is one of India’s leading film studios that produces, acquires and distributes films across genres, budgets and languages, along with short and long-format digital content.