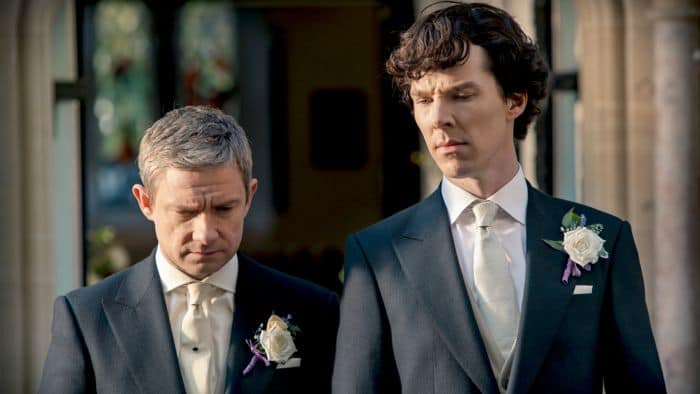 New on Netflix in June 2014 ! All title dates are subject to change.

Barbershop (2002)
Ice Cube, Anthony Anderson, Cedric the Entertainer, Sean Patrick Thomas, Eve, Troy Garity
Director Tim Story’s ensemble comedy depicts a day in the life of a barbershop on Chicago’s south side. A $50,000 reward offer for information about a recent heist sends the shop, which is already a hub of speculation and rumor, into a frenzy.

Carrie (1976)
Sissy Spacek, Piper Laurie, Amy Irving, William Katt, John Travolta, Nancy Allen, Betty Buckley Mousy teen Carrie White may be ostracized, but she has the ability to move objects with her mind. When the high school “in crowd” torments her with a sick joke at the prom, she lashes out with devastating and deadly power.

Ever After: A Cinderella Story (1998)
Drew Barrymore, Anjelica Huston, Dougray Scott, Patrick Godfrey, Megan Dodds, Melanie Lynskey Orphaned as a child, Danielle is treated like a servant by her wicked stepmother and two stepsisters. When Danielle stumbles onto Prince Henry, who’s fleeing an arranged marriage, the two inspire each other to resolve their respective troubles.

Funny Lady (1975)
Barbra Streisand, James Caan, Omar Sharif, Roddy McDowall, Ben Vereen, Carole Wells
Fanny Brice (Barbra Streisand, reprising her Oscar-winning debut role) becomes a bitter, bottom-line woman in this sequel to Funny Girl. In the throes of the Depression, the theater business is bad, and Fanny’s love life is worse. When con artist Billy Rose (James Caan) shows up, she helps him start a showbiz career. But the return of Fanny’s first husband (Omar Sharif) threatens to break up her act and her budding romance with Billy.

Harriet the Spy (1996)
Michelle Trachtenberg, Rosie O’Donnell, Gregory Smith, Vanessa Lee Chester, J. Smith-Cameron
A sixth-grade outcast at school spends her time spying on neighbors, taking notes on her discoveries. But when an enemy steals her secret notebook, her world starts to unravel — and she has to find a way to get even!

Left Behind: The Movie (2000)
Brad Johnson, Chelsea Noble, Kirk Cameron, Clarence Gilyard Jr, Gordon Currie, Daniel Pilon, Neil Crone When 100 million people vanish from earth, Global News Network reporter Buck Williams (Kirk Cameron) follows the mystery as pilot Ray Steele tries to locate his wife and son. As he digs deeper, he finds that the answers may lie in the Bible. Based on the best-selling novel by Christian evangelist Tim LaHaye and Jerry B. Jenkins, Left Behind is a chilling look at the chaos that follows Judgment Day.

Rudy (1993)
Sean Astin, Jon Favreau, Ned Beatty, Greta Lind, Scott Benjaminson, Mary Ann Thebus
In this fact-based drama about the triumph of the human spirit, scrawny high schooler Rudy Ruettiger (Sean Astin) dreams of playing football at Notre Dame. But his father (Ned Beatty) can’t afford to send him, so he ends up at a college across the street instead. Undaunted, Rudy eventually transfers to Notre Dame, where he takes on duties assisting the groundskeeper (Charles S. Dutton) and joins the school’s practice squad.

Swept Away (2002)
Madonna, Adriano Giannini, Jeanne Tripplehorn, Elizabeth Banks, David Thornton, Michael Beattie After flinging abuse at the crew during a yachting excursion, a wealthy shrew gets her comeuppance when she ends up stranded on a deserted Mediterranean isle with a rough-edged deckhand whose brawn and working-class grit turn the tables.

The Adventures of Milo and Otis (1989)
Dudley Moore narrates this heartwarming tale of Milo the cat and Otis the dog, who grow up together and have a tendency to make mischief wherever they go. One day, the two get separated when Milo is swept downriver, and an epic journey begins.

The Craft (1996)
Robin Tunney, Fairuza Balk, Neve Campbell, Rachel True, Skeet Ulrich, Christine Taylor, Breckin Meyer Robin Tunney stars in this supernatural thriller as Sarah Bailey, a Catholic school newcomer who falls in with a clique of teen witches who wield their powers against all who dare to cross them — be they teachers, rivals or meddlesome parents.

The Returned (2013)
Emily Hampshire, Kris Holden-Ried, Shawn Doyle, Claudia Bassols, Barry Flatman, Melina Matthews Adding a new twist to the genre, this horror epic is set in a future where zombies can turn back into humans with the aid of a special protein. But it only works for 36 hours, creating an ugly situation when demand for the antidote exceeds supply.

The Stepford Wives (2004)
Nicole Kidman, Bette Midler, Matthew Broderick, Glenn Close, Christopher Walken, Faith Hill
After moving to the beautiful suburb of Stepford with her husband (Matthew Broderick), career-driven Joanna (Nicole Kidman) begins to suspect something is radically wrong with the other wives, who are led by the perky and vacant Claire (Glenn Close). Are the husbands replacing these once-intelligent women with sexually compliant cyborg copies? Joanna’s new friends, Bobbie (Bette Midler) and Roger (Roger Bart), also think something’s off.

The Triplets of Belleville (2003)
Michele Caucheteux, Jean-Claude Donda, Michel Robin, Monica Viegas, Mari-Lou Gauthier
When her grandson, Champion, is kidnapped while competing in the Tour de France, Madame Souza and her dog set out to save him. Along the way, they meet an eccentric female singing trio called “The Triplets of Belleville” who might be able to help.

Trailer Park Boys Live In F**kin’ Dublin (2014)
The boys head to Ireland after winning a contest to see Rush but are arrested by immigration and must perform a community service puppet show.

Trailer Park Boys: Say Goodnight to the Bad Guys (2010)
A year after the Season 7 finale, the boys are poised to live the good life. But an old enemy throws a wrench in things once again.

Sherlock: Season 3
In this updated take on Arthur Conan Doyle’s beloved mystery tales, the eccentric sleuth prowls the streets of modern-day London in search of clues. At his side — though hobbling — is flatmate Dr. John Watson, fresh from the war in Afghanistan.

The Glades: Season 4
Abrasive homicide detective Jim Longworth hopes to massage his recently bruised ego by moving from Chicago to Florida’s Everglades, but a new romantic relationship and the unusually high murder rate thwart his plans for relaxing on the golf course.

Girl Most Likely (2012)
Kristen Wiig, Annette Bening, Matt Dillon, Darren Criss, Christopher Fitzgerald, June Diane Raphael After staging an unsuccessful suicide to get her boyfriend’s attention, a struggling playwright moves back home to live with her mother, her mother’s boyfriend and a handsome lodger who sings with a Backstreet Boys cover band.

Luther: Season 3 (2011)
A dedicated urban detective tries to keep a grip on his personal life while dealing with the psychological factors underlying the crimes he solves.

Orange Is the New Black: Season 2 (2014)
From the creator of “Weeds” comes a heartbreaking and hilarious new series set in a women’s prison. Piper trades her comfortable life for an orange jumpsuit and finds unexpected conflict and camaraderie amidst an eccentric group of inmates.

Toddlers & Tiaras: Season 7 (2012)
“Cringe-worthy” or “bizarre” could describe this behind-the-scenes look at children’s pageants, where passionate stage parents push their kids to win.

Return to Nim’s Island (2013)
Matthew Lillard, Bindi Irwin, Toby Wallace, Sebastian Gregory, John Waters, Jack Pearson
Young Nim Rusoe’s adventures continue in this sequel as she and her father take on developers planning to transform their island home. While her father is away pursuing their cause, Nim begins a search for endangered animal species.

The Pirate Fairy (2014)
Mae Whitman, Tom Hiddlestron, Christina Hendricks, Megan Hilty, Lucy Liu, Raven-Symoné
After free-spirited fairy Zarina makes off with some precious Blue Pixie Dust, Tinker Bell and her friends set out to find her — only to discover that Zarina has fallen in with the wily pirates of Skull Rock.

Jane Eyre (2011)
Mia Wasikowska, Michael Fassbender, Jamie Bell, Judi Dench, Sally Hawkins, Simon McBurney
Driven from her post at Thornfield House by her love for her brooding employer and his secret past, young governess Jane Eyre reflects on her youth and the events that led her to the misty moors in this artful adaptation of Charlotte Brontë’s novel.

Heartland: Season 5 (2011)
Spunky teenager Amy is reeling from the sudden death of her mother when she and her grandfather are threatened with the loss of their horse ranch.

Wilfred: Season 3 (2013)
This offbeat comedy follows the experiences of a depressed man who becomes convinced that his neighbor’s dog is actually a man wearing a costume.

Oldboy (2013)
Josh Brolin, Elizabeth Olsen, Sharlto Copley, Samuel L. Jackson, Richard Portnow, Lance Reddick
After being unaccountably held captive for years, Joe Doucett is suddenly released. Now, his only mission is to hunt down and punish his captors. Aided by a young stranger, he sets about unlocking his past in this remake of a popular Korean thriller.

Comedy Bang! Bang!: Season 2 (2012)
Scott Aukerman brings his popular podcast Comedy Bang! Bang! to television. Scott writes and stars in the series along with his co-host and bandleader, Reggie Watts, while featuring celebrity guests playing either themselves or characters.

Copper: Season 2 (2013)
Set in 1860s New York City, this gripping crime series centers on rugged Irish cop Kevin Corcoran, who works the notorious Five Points neighborhood — and who’s on a mission to learn the truth about his wife’s disappearance and his daughter’s death.

Tarzan (1999)
Tony Goldwyn, Minnie Driver, Glenn Close, Brian Blessed, Nigel Hawthorne, Rosie O’Donnell
Reworking the ageless cinematic myth of Tarzan, this animated feature records a family’s adventures after being shipwrecked off the African coast. After growing up in the wild, the lone child in the family is destined to become lord of the jungle.

Tarzan 2 (2005)
Harrison Chad, Brenda Grate, George Carlin, Brad Garrett, Estelle Harris, Lance Henriksen
How did the King of the Jungle ascend to the throne? Find out in this charming prequel to the hit animated movie that catches Tarzan as a young child who doesn’t quite know how to fit in with the mélange of characters in the jungle he calls home. Feeling like an outsider, he abandons ship, so to speak, and sets out on his own. When he meets a stranger known simply as Zugor, Tarzan realizes there’s nothing wrong with being different after all.

Wolf Creek 2 (2013)
John Jarratt, Ryan Corr, Shannon Ashlyn, Philippe Klaus, Gerard Kennedy, Annie Byron, Shane Connor Backpackers Rutger and Katarina escape the city for an adventurous vacation in the Australian outback … but their dream trip turns into a nightmare when they run into a bloodthirsty serial killer with a penchant for sadistic games.

My Girl (1991)
Dan Aykroyd, Jamie Lee Curtis, Macaulay Culkin, Anna Chlumsky, Richard Masur, Griffin Dunne
This coming-of-age tearjerker follows a momentous summer in the life of 11-year-old Vada Sultenfuss, who learns powerful lessons about love and loss as she grapples with profound changes — including a new woman in her widowed father’s life.