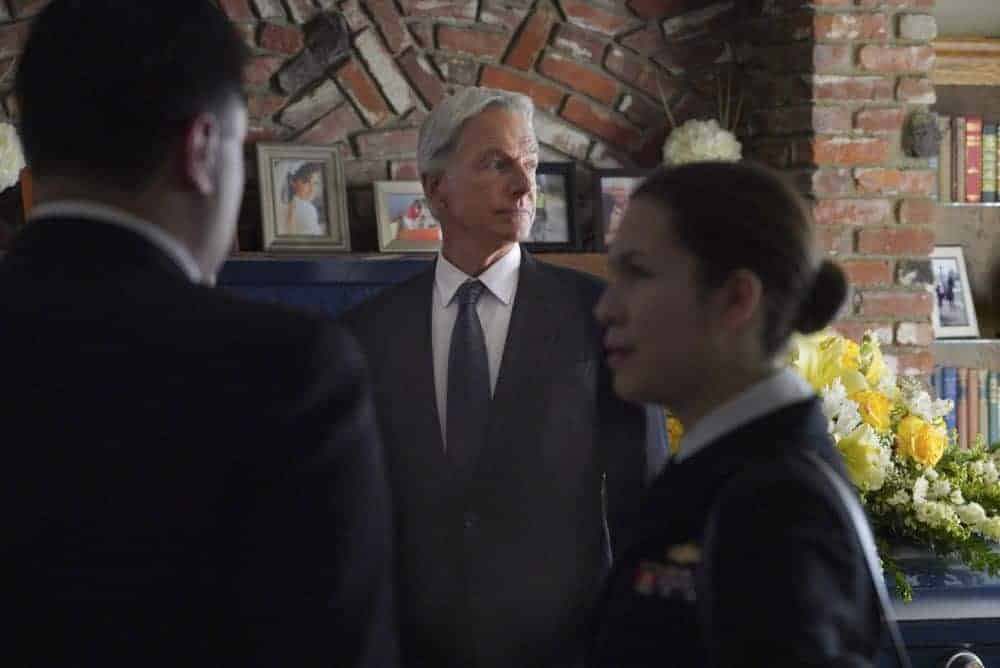 NCIS “Fallout” – While Gibbs attends the memorial service for a friend who was lost at sea, he discovers that the deceased, Navy Captain Phillip Brooks (Don Lake), has been hiding in a fallout shelter after his boat was attacked and he swam to shore, on NCIS, Tuesday, May 15 (8:00-9:00 PM, ET/PT), on the CBS Television Network. Susan Walters guest stars as Marcy Brooks, the Commander’s wife. NCIS Season 15 Episode 23 Photos Fallout.