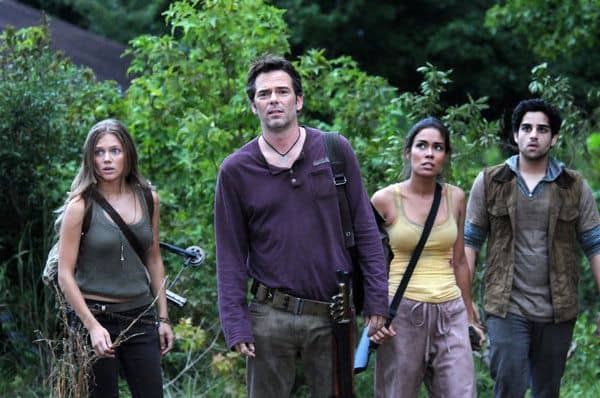 All have been given 22-episode orders.

The announcement was made by Jennifer Salke, president of NBC Entertainment.

“On the verge of our 2013 fall scheduling decisions, we’re pleased to renew five drama series that will be important to our new season line-up,” Salke said. “We’re proud and very appreciative of all of the actors, producers, writers and directors who work so hard to deliver such high-quality work week in and week out. These complex shows represent a broad range of genres and tones, and all of them stand out for us in a television landscape now filled with one-hour series. We’re especially pleased to be renewing “Revolution” and “Chicago Fire” – two first-season successes – and there will be more returning series announcements made in the next couple of weeks.”

“Revolution,” the Monday night drama that centers on a family trying to reunite amidst a worldwide power failure, is executive produced by Eric Kripke, J.J. Abrams and Bryan Burk (“Lost,” “Star Trek”). The series is produced by Bonanza Productions Inc. in association with Bad Robot Productions, Kripke Enterprises and Warner Bros. Television.

“Revolution” is the season’s top-rated drama on ABC, CBS, NBC and Fox and top-rated new series among those networks in adults 18-49, scoring a 4.6 rating, 12 share and 11.8 million viewers overall in “most current” averages for the season to date. “Revolution” has teamed with “The Voice” to help improve NBC’s Mondays this season versus last by 24 percent in 18-49 (with a 3.6 rating vs. a 2.9).

“Chicago Fire,” from Emmy Award-winning executive producer Dick Wolf and creators Derek Haas and Michael Brandt, goes inside a Windy City firehouse and the lives of those who engage in one of our nation’s noblest professions.

In addition to Wolf, Haas and Brandt, executive producers also include Matt Olmstead, Joe Chappelle, Danielle Gelber and Peter Jankowski. The series is produced by Universal Television and Wolf Films.

“Chicago Fire” has topped its premiere audience of 6.6 million persons a total of eight times this season, and the only other new drama on the broadcast networks to have done it even once this season is NBC’s “Hannibal.” “Chicago Fire” originals have improved the time period versus year-ago results by 24 percent (“live plus same day”).

“Parenthood,” adapted from the 1989 feature film, examines the colorful Braverman family, and all its foibles and triumphs. The series is executive produced by Oscar winners Ron Howard and Brian Grazer (“A Beautiful Mind,” “Frost/Nixon”), Emmy winner Jason Katims (“Friday Night Lights”) and Lawrence Trilling (“Pushing Daisies”). The series is produced by Universal Television and Imagine Entertainment.

“Parenthood” grew this season versus last by 8 percent in adults 18-49 (to a 2.8 rating from a 2.6) and also increased by 8 percent year-to-year in total viewers (7.1 million vs. 6.6 million). This season’s last seven “Parenthood” telecasts beat both the ABC and CBS drama competition in the time period in 18-49.

“Law & Order: Special Victims Unit” will enter its 15th season for NBC. The series chronicles the life and crimes of the Special Victims Unit of the New York City Police Department, an elite squad of detectives who investigate sexually based crimes.

“Law & Order: Special Victims Unit” originals this season have improved the time period versus year-ago results by 70 percent in adults 18-49 (“live plus same day”) and are building on the time slot’s lead-in by 31 percent in 18-49 and 70 percent in total viewers.